The chef behind a first of its kind hāngī eatery in Taranaki says she wants to help bring Māori kai into the culinary mainstream while giving something back to the community that raised her. 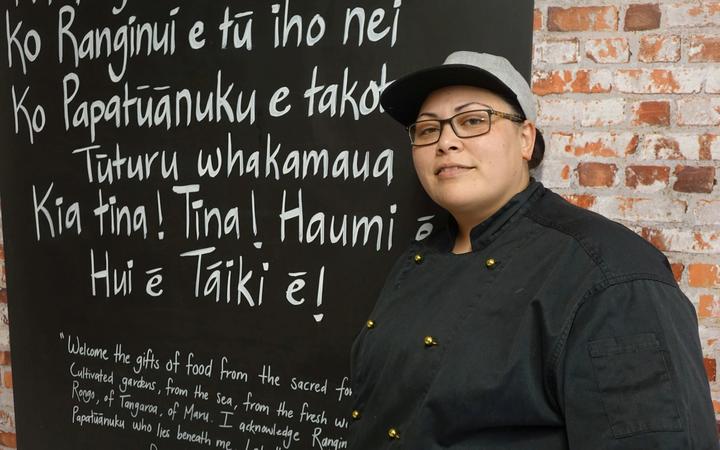 An executive chef in her own right, Renae Wetere, says for her hāngī is more than just food - it's an expression of love.

There were queues out the door when the Earth Oven Hāngī Roast House opened in Waitara at the weekend as hungry customers waited eagerly to get their hands on the precious commodity: hāngī.

For Ms Wetere, who has run some of the largest hotel kitchens in New Plymouth, it was the fulfilment of a long-held dream.

"You know you go on your journey as an adult and as a young adult, but you should always come home and you're coming home for a reason and that's to give back," she said.

"And when I say to give back, it's to give back the knowledge. It's giving back an experience that you have offered to everybody else. And for me, before it's a business we have created a whare."

The 32-year-old said she was giving hāngī a fresh twist but without deviating too far from the tried and true.

"We're still using that chef's touch by adding in your fresh herbs in terms of seasoning. You know little hinted flavours like fresh dill and fresh rosemary, fresh thyme and you know I can't be too stubborn and say this is just strictly Māori cuisine because it's not." 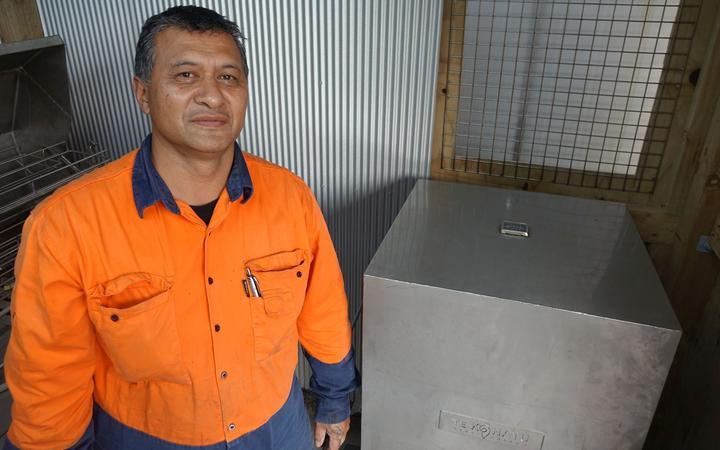 Mr Stephens said the heated volcanic rocks were the secret to the cookers being able to create the unique hangi flavour in just two hours.

"The fat and the juices from the meat as it cooking drips down and hits the rocks and it turns into two things. It turns into steam but more importantly, you create a smoke, and that smoke goes through the entire kai and it infuses it with a flavour and that's the hāngī flavour."

Out front that flavour had punters salivating in anticipation.

Aroha Kingi travelled across from Inglewood to pick up some kai.

"So we've got three hāngī meals and one kid's roast and pudding. You can't forget the pudding."

Ms Kingi said the eatery was doing a brisk business.

"It's packed, we were squashed. Yeah, real packed." 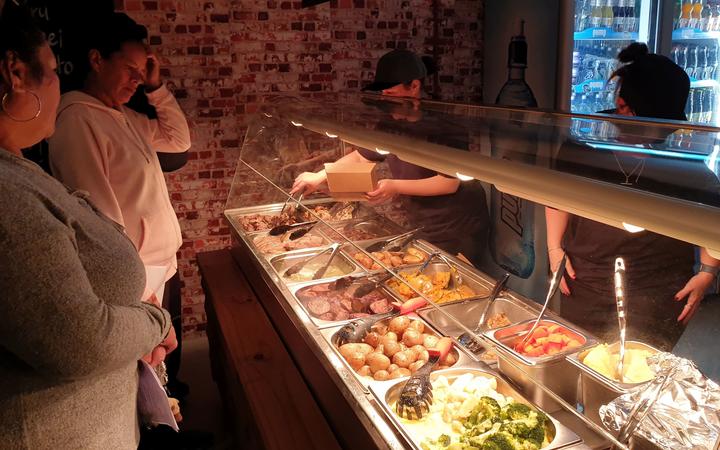 Eve Haitana had been waiting for the shop to finally open.

"I thought hāngī yay lets go and have a hāngī so that's what we are having for dinner tonight."

Ms Haitana was looking forward to the convenience of having hāngī on tap.

"Especially when you can like drive down town and there's a hāngī shop there. It's like wow because it's quite popular but you very rarely get it." 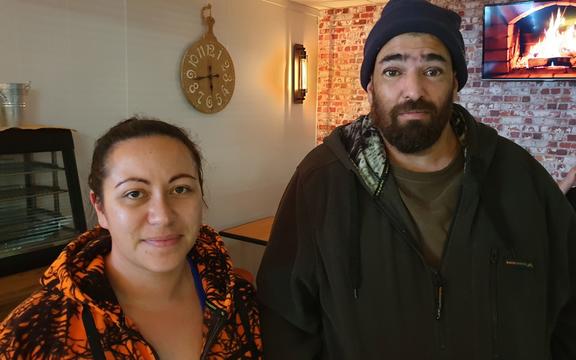 It was a welcome alternative to fish and chips for Daffy Suniel.

"We just live up the road and it's like hāngī's wicked so we thought we'd come down and try it."

Mr Suniel was pleased with what he'd seen in the service area.

He said it was the flavour that made hāngī so special.

While for Sharlee Smith hāngī brought back happy memories.

"Got to have hāngī. This is awesome because the only other time you get it is at a funeral or Christmas. It tastes like childhood. Yeah having it as part of my upbringing." 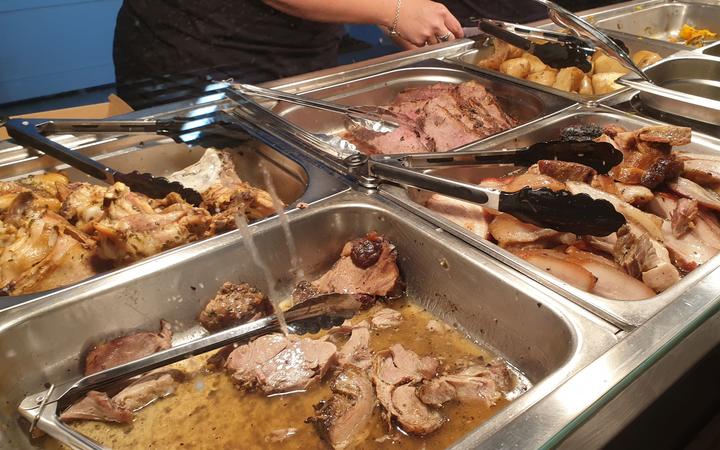 And for Renae Wetere, the significance of hāngī also went beyond the kai.

"Cooking is an expression of love and the other day I was asked what does hāngī mean to me? And for me, it's a sense of togetherness. It's the time of the day when everyone gets together and can enjoy a beautiful kai and it's about creating memories, which is my philosophy behind food in general."

Earth Oven Hāngī Roast House and its catering offshoot have created about 10 jobs so far and Ms Wetere soon wants to be able to offer healthy eating workshops at the venture.