Auckland residents who received "racist" pamphlets say the timing, not long after the Christchurch mosque attacks, is terrible and one is trying to shut down the distribution.

The group One Law for All have once again sent out pamphlets, this time to Point Chevalier, that state that colonisation was good overall for Māori and that there is no such thing as a Treaty partnership.

They call for the Waitangi Tribunal, Māori voting roll and Māori wards to be abolished, and were an unwelcome find for Sophie Barclay last week.

"I was just on my way to work and clearing the mail and I received what I would describe as racist paraphernalia in my letterbox," she said. 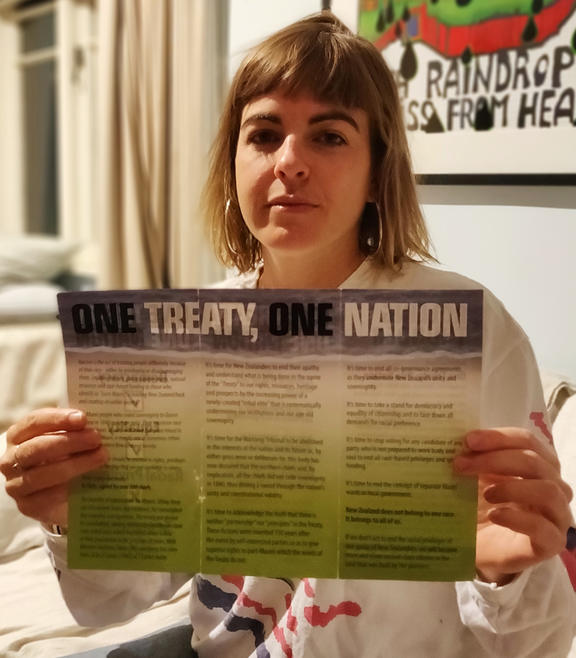 "It was really upsetting because it was basically leaning to the alt-right and spreading historically inaccurate views."

Te Aweawe Ruawai moved to Point Chevalier two months ago and was so devastated by the content of the pamphlet that her grandfather tore it to pieces.

She said the community was predominantly older Pākehā, and being Māori with a tāmoko, she now felt wary of what her neighbours thought about Māori.

"When I received that pamphlet, it made me a bit scared to be honest," she said.

"The people in my community could use that information against Māori and take it in a way that that is the whakaaro that we should be using in society today."

Police said they were aware of the pamphlet and concerns of members of the community, but there was no evidence an offence has been committed.

But Ms Barclay said the material was objectionable and their concerns should be taken more seriously after the terrorist massacre in Christchurch last month.

"It's really sad, given the context of what has happened in Christchurch, that people think it is an appropriate time to send out pamphlets like this when people are really aware of the kind of hatred that can arise out of this type of division."

Ms Barclay tried to trace the bank account and PO Box address on the pamphlets and complained to New Zealand Post, the group's bank, and the Auckland Council in a bid to shut them down but nothing has come of it.

"People need to consider it in terms of policy, where if someone like this group has been found to be sending just racist, hurtful, and divisive material then there should be a clause that their PO box should be shut down without further notice."

Ms Ruawai said people often use the guise of free speech to promote hate speech, and she was growing tired of anti-Māori sentiment continuing to be allowed to be published. 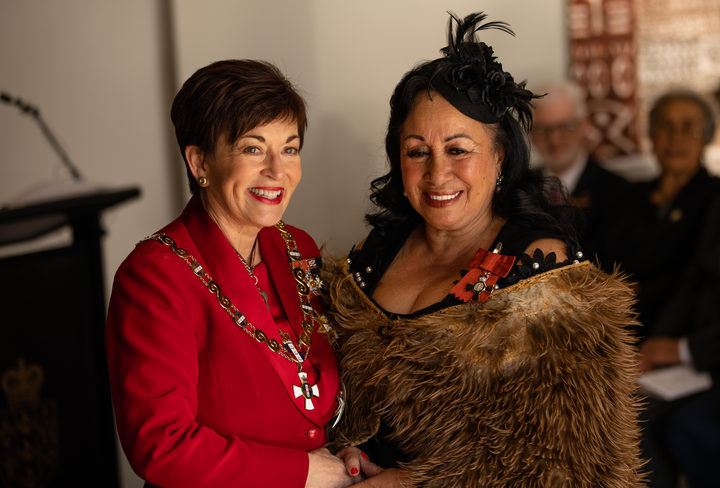 Te Mahurehure Marae chair Christine Panapa said she was not happy that the pamphlets were going around in her community and the timing was dreadful.

"It was very very sad what happened to our country but people like this ride on the back of what has happened and all they are wanting is to be noticed," she said.

"At the end of the day, if we are going to take notice of what they are saying, then we are not going to get anywhere."

The same pamphlets were distributed in Wellington two years ago, prompting local MP Peter Dunne to decry them as racist propaganda.

The One Law for All group declined an interview but said in an email there was nothing in the pamphlet that implies alt-right or white supremacist views.

The spokesperson, who identified himself only as Simon, said they sent the pamphlets out to utilise stock.

He said anyone linking the pamphlets to the Christchurch terror attack was being malicious.

The Human Rights Commission would not confirm whether it had received a complaint, but said content in pamphlets is generally not covered under the Human Rights Act.

It said the New Zealand Bill of Rights Act, Advertising Standards Authority and the Office of Film and Literature Classification, are potential options for raising concerns regarding publications such as pamphlets.