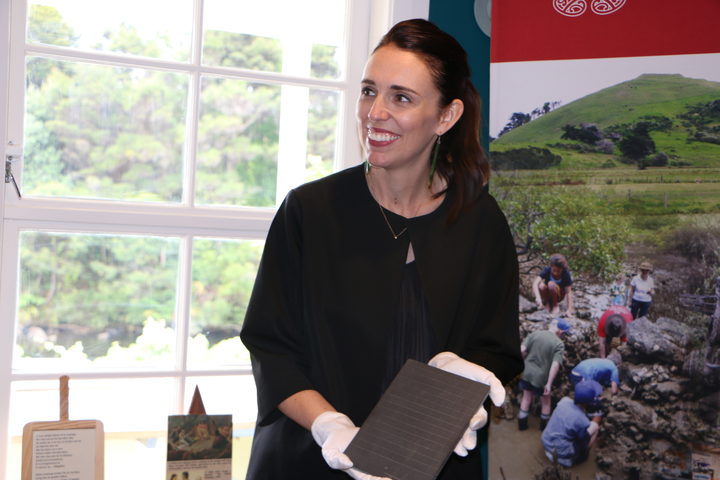 A ceremony was held to acknowledge the mana of the taonga and also their inclusion on UNESCO's Memory of the World heritage documentary register.

The two fairly insignificant looking writing slates were discovered hidden underneath the floor boards of the kitchen veranda during restoration on Kemp House in 2000.

They date back to the 1830s when part of the house was used as a classroom where missionary, Martha Clarke taught the daughters of rangatira, literacy, numeracy and domestic skills. 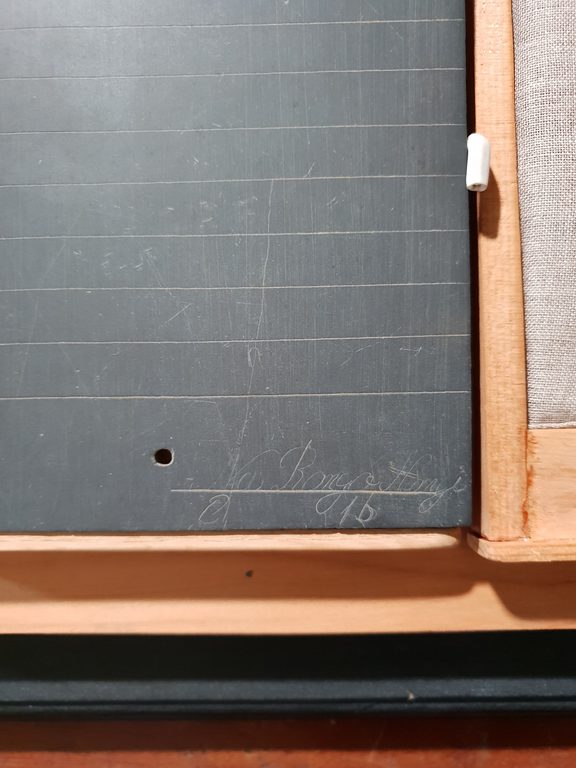 The second slate is written by an unknown young woman. She wrote a waiata whakautu.

The acting chief executive of Heritage New Zealand, Claire Craig, said the slates are an enormous contribution to this country's documentary history.

"They are the very first examples of te reo in writing and certainly they were very deliberately secreted in their little hiding place and you don't often take to a writing slate with a nail the way these young women did. They meant for us to have their thoughts and recognition of them in the future."

Nga Rongo Hongi's slate carries just her name. The other a poignant song.

Claire Craig said it is about a young woman addressing a wrong that has been done to her.

"Sharing a very private thought in the form of a waiata, so it's very moving." 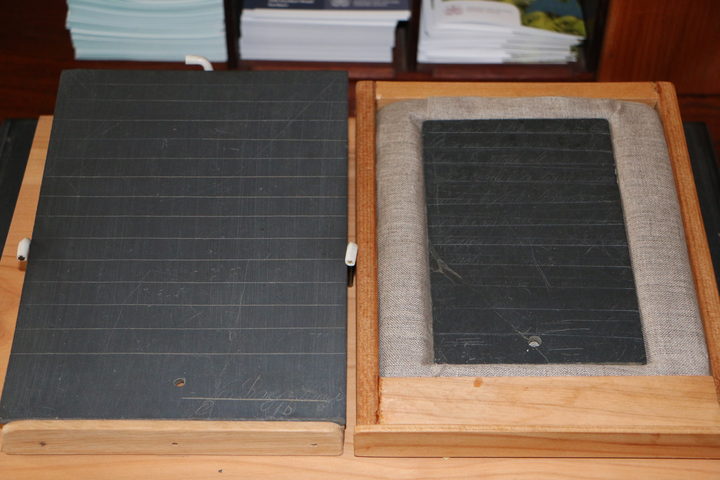 The other slate is written by an unknown woman and has a waiata whakautu on it. Photo: RNZ / Eden More

"Tangible representations of that early contact between Māori and missionaries in Aotearoa New Zealand."

She said they help connect the places and people key to this really formative time and place.

"Recording the writing and voice of young women at what was a patriarchal time."

She said the slates capture a time of empowerment for Māori women.

"They reflect the emergence of Māori literacy and written history and represent a cultural, social and educational shift as te reo developed from a spoken language to one that could also be written down and disseminated beyond oral tradition."

"Most importantly they represent us and what is unique about Aotearoa New Zealand," she said.

Rangatira for Ngāti Rehia, Arana Munro said the find of the slates was fate. 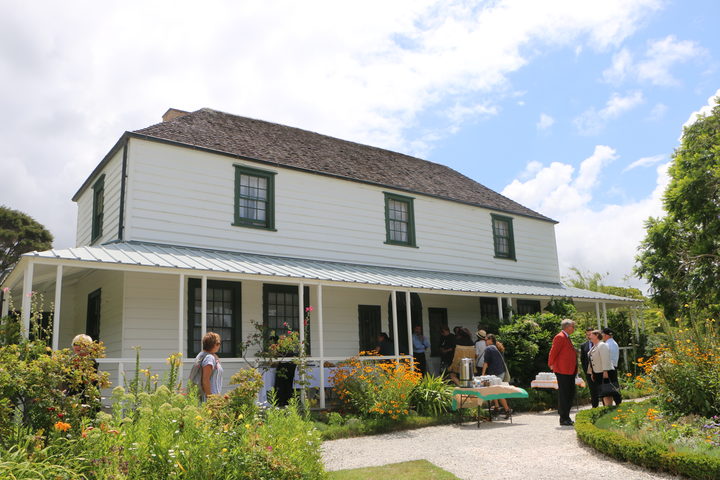 These include Te Tiriti o Waitangi, the 1893 womens' suffrage petition and collections of Sir Edmund Hillary.

The two slates will remain on display at Kemp House.