The self-appointed bishop has been invited to speak at Te Tii Marae on Wednesday. He's expected to bring with him about 2000 supporters, some of them gang members.

Mr Jones, who's also NZ First spokesperson for Māori Affairs, said the marae's trustees were welcome to invite whomever they wanted.

He said, however, the gang members' presence would "create issues" for the local marae and police force.

"Bishop Tamaki [has] brought a whole lot of reformed or reforming gang members along - that will always create issues for the marae, issues for the local constabulary at Waitangi," Mr Jones told media.

Mr Tamaki was using Waitangi as "a rallying call" to boost his appeal among the gang community, hoping to extend his services "in ways in which the government doesn't currently agree", he said. 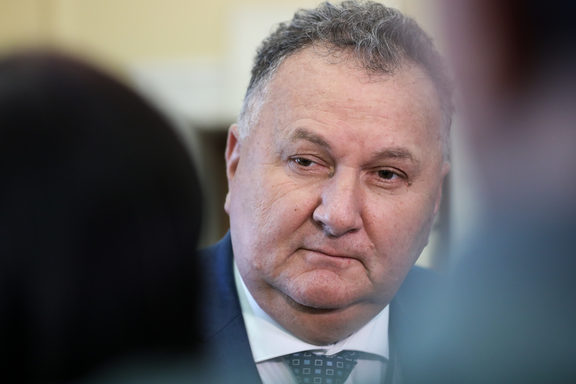 Drawing his comments to a close, Mr Jones acknowledged that Mr Tamaki did have "a key role to play in the rejuvenation of the spiritual nourishment of the Māori people".

"And I must go for fear of suffering my own poorer nourishment," he added.

A spokesperson for Destiny Church declined a request for an interview, but said Mr Tamaki would respect the important platform and important day.

"We're not looking for trouble," she said. "We're not creating trouble."

Mr Tamaki had a significant message for Ngāpuhi and the wider Māori community which he wanted to share, she said.

Earlier in the day on Monday, Mr Tamaki teased his speech on Twitter.

All ready for Waitangi Day..speaking at Te Tii Marae on invitation from the event organizers..Boy have i got something to say!! apparently they have another service up top marae with MP Shane Jones bringing the sermon??? ummmm i know which one id rather be at Tu Tangata. pic.twitter.com/BGUcxpTKTg

"All ready for Waitangi Day... speaking at Te Tii Marae on invitation from the event organizers... Boy have i got something to say!!" he tweeted.

"Apparently they have another service up top marae with MP Shane Jones bringing the sermon??? ummmm i know which one id rather be at [sic]."