A Melbourne bar has been criticised for using an image of a former St Kilda mayor with tā moko drawn on his face to promote a Waitangi Day event. 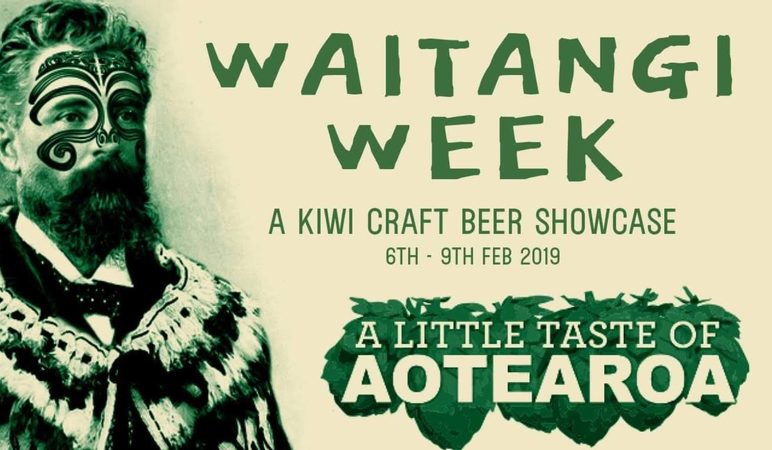 The bar, Freddie Wimpoles, is hosting a week-long New Zealand beer showcase with the event to also feature New Zealand music and food.

Freddie Wimpoles, which is named after a former St Kilda mayor and publican, has drawn tā moko on a picture of the bar's namesake and given him a Māori cloak to advertise the event. The bar has since changed the image to remove the mayor. 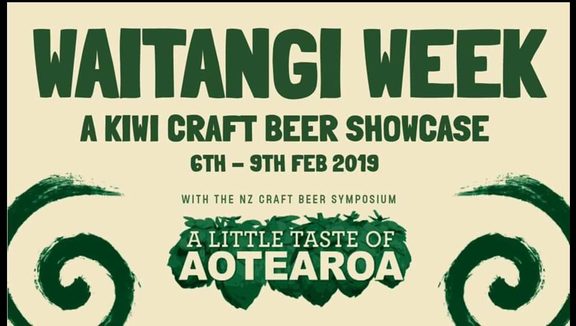 The image has offended some Māori and members of the New Zealand beer community.

The co-founder of the Wellington beer education business Craft Beer College, Steph Coutts, said she contacted Freddie Wimpoles last week about the offence using tā moko to promote a beer event could cause.

"Unfortunately, the manager from Wimpoles chose to highlight that as he was a New Zealander, there was no problem with the imagery," Ms Coutts said.

"[Freddie] Wimpoles' sought permission for using the image of Frederick Wimpole in association with the bar. They didn't appreciate that they need the permission of the owner of the tā moko. And, if they just made the tā moko up, they were culturally appropriating something important and sacred to Māori."

Māori culture advocate Karaitiana Taiuru said it was offensive to have tā moko, which was a deeply personal graphical story of an individual's genealogy and achievements, or any aspect of the head associated with food and beverages - more so when associated with alcohol.

"It is being disrespectful to the person's whole genealogy, or simply mocking Māori culture," Mr Taiuru said.

"This [image] uses a dead person with someone else's tā moko. Dead people and food is also offensive. Is it the liquid of the dead man that is the beer?"

Mr Taiuru said just because the organiser of the event was Māori, did not mean it was okay to draw tā moko on someone's face and use it to promote a beer event.

"All Māori are born with whakapapa but not all Māori are Māori practitioners with traditional and customary knowledge."

Aussies stealing Māori culture to promote Waitangi day, but in the most offensive manner. Report them to FB and lets get it removed. Who owns the Tā moko? https://t.co/l4rBFJZq2y #maori pic.twitter.com/NET1uOo75p

This is not the first time an international company has crossed the line between respecting Māori culture and causing offence. In 2018, eight breweries in the United Kingdom and Europe were approached because they were inappropriately using Māori words or images on their beers. Most of those companies expressed deep regret once they were told about the offence they were causing and removed the branding from their products and websites.

Ms Coutts said Freddie Wimpoles was not the only bar to use problematic imagery to promote a 2019 Waitangi Day event.

She said she was alerted to a bar based in Western Australia using a stylised representation of a Māori person, tā moko and other imagery in their advertising, and also contacted them.

"The instant they read my message and email they removed it and posted a public apology. They were not aware of the implications of using the imagery, and when they were told, they were horrified with their mistake. They listened, acknowledged the mis-step and took action."

Ms Coutts said she was concerned that with Waitangi Day approaching, the potential for further offensive advertising to materialise is high, and she is working with Mr Taiuru and the Brewers Guild of New Zealand to produce some guidelines to distribute to bars and brewers.

Paul Stieglbauer is the founder of the New Zealand Craft Beer Symposium, which promotes and distributes New Zealand beer in Australia, and is listed as a partner in the Freddie Wimpoles event.

Mr Stieglbauer said Australians needed to be made more aware of the cultural complexities surrounding events such as Waitangi Day.

"I'm happy that they [Freddie Wimpoles] have changed their ad and I feel that this issue, having been highlighted, could be used to educate the Australian public more widely."

- The bar has removed its advertisement after this article was published.

* Denise Garland is a former RNZ reporter and producer, and is a beer writer. For the past year, she has been investigating the misuse of Māori words and images in relation to beer by international businesses.