The refusal of a Serco prison officer to take his shoes off at a marae, for the tangi of a prominent New Zealand musician, has been labelled disrespectful and rude. 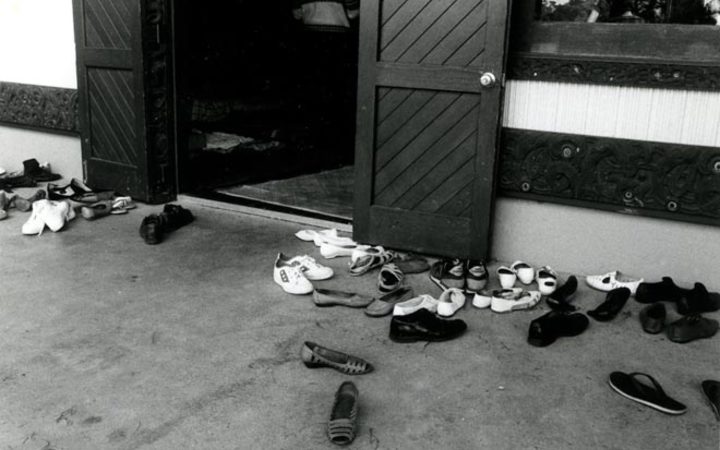 Shoes outside a wharenui are a common sight. Photo: Gil Hanly, Te Ara

Tensions were running high last week for the whānau of the late Tama Renata from the reggae band Herbs - not only had they lost the Herbs member the Sunday before, but they had been fighting all week to get his son Justin out of prison to attend his tangi.

Justin was only let out for two hours on the last day of the tangi and he was handcuffed to one of the two officers when he arrived at Hoani Waititi Marae, his cousin Shaz Renata said.

"I advised them when you go in you have to take your shoes off, you're going into a marae. They just kind of nodded their heads like they understood what I was saying, then the guy that was handcuffed to Justin just decided to carry on walking in with his shoes on.

"We found that quite disrespectful and quite rude."

"We understand they have their protocols to follow but they also need to consider things going onto a marae that we also have protocols on there that have to be followed and it's a big disrespect if you're deciding to follows yours and not ours."

The tikanga facilitator at Hoani Waititi Shane White said he asked the officer three times to take his shoes off. 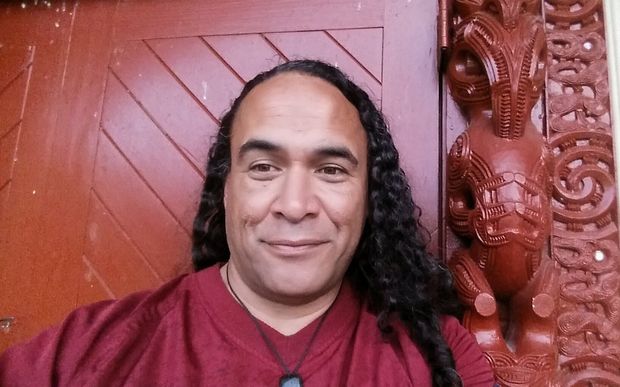 The tikanga facilitator at Hoani Waititi Shane White said he asked the officer three times to take his shoes off. Photo: Supplied

"There was just a blank refusal ... not only is that someone who doesn't know Māori processes but doesn't want to know and has no interest."

"I reminded him, even when the Corrections Minister comes into our house he takes off his shoes and so does the Commissioner of Police."

It's standard Māori protocol not to wear shoes in a wharepuni or meeting house, and it's a common sight at marae to see pairs of shoes outside the door.

"Where possible, we make every effort to facilitate requests for prisoners to attend tangi."

"It is general practice to advise kaumātua beforehand that our staff will not remove their shoes but we acknowledge that this may upset some individuals."

The Department of Corrections was not clear about whether it was protocol to keep shoes on but said safety is paramount.

The chairman of Auckland's Manurewa Marae, Rangi McLean, said more needs to be done to stop this from happening again.

"Serco are employing people that don't really understand our Māori culture, so I would say that situation could arise again.

"There needs to be an awareness programme happening, particularly with Serco and the Corrections sector around that.

As the Serco officers were leaving, they found that someone had slashed a tyre on their escort van while it was parked next door, Mr White said.

Minister of both Corrections and Crown/Māori relations Kelvin Davis said he understood the upset the family had experienced and urged prior dialogue between Serco and family members in any future similar situation to avoid conflict.

He told Morning Report he believed there should not be a blanket edict on the private firm's staff to keep shoes on at marae and that situations should be assessed on a case-by-case basis.

However, he said insisting on the removal of shoes risked Serco refusing compassionate requests for leave.

"If there is a conversation had with the whānau and Serco beforehand and if it is that the whānau insist that the shoes be taken off, then Serco probably has the right to say 'look in our minds that's going to create a risk, whatever that risk may be in their minds, and we're not going to allow the visit," he said.

"I know this is asking Māori to compromise their values, but what I would prefer to see is that people are able to mourn their dead and that something like the removal of shoes shouldn't get in the way of being able to do that."