Waitara hapū are divided over their support for a Bill designed to end one of New Zealand's longest running land disputes. 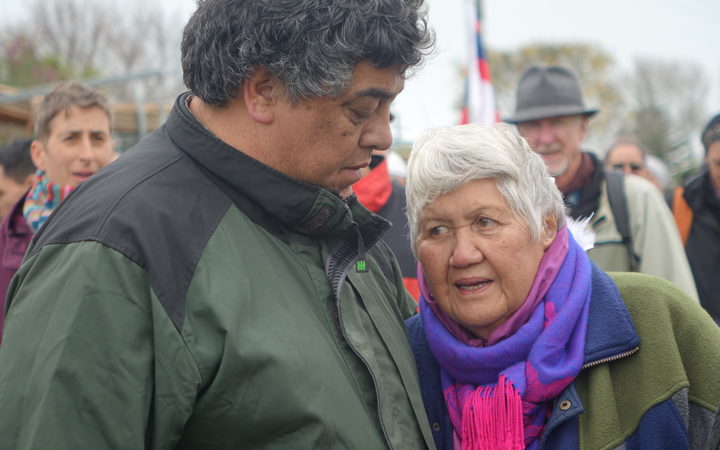 The Waitara Lands Bill would allow 770 leaseholders to buy land illegally confiscated from Taranaki Māori in the 1860s and return 44ha of land to Otaraua and Manukorihi hapū who would also benefit from the sale of leases.

The revised bill now also includes a $34 million fund to restore the Waitara River and provision for a $28m Hapū Land Fund to enable Otaraua and Manukorihi hapū to acquire and develop more land at Waitara.

Otaraua representative Rawiri Doorbar said the hapu may yet walkaway from the Bill.

"Look we were asked to make a decision at our last meeting on a Bill that needed to sell itself - no one was there to sell it for them - and it was felt there was still work that needed to be done on it before it could be fully supported.

"But not wanting to kill the opportunity to continue the conversation we decided to continue with the work and we've reserved the right to say 'no' pending on the outcome of the preamble work and also there's a little bit of legal advice we are seeking this week as well.

"We certainly haven't committed (to the Bill) by saying 'yes'."

Mr Doorbar said hapū members would not be happy if the preamble was altered significantly as it told the story of Waitara as Otaraua experienced it.

"And just as a note of caution. Our whanau have said 'well that's fine, we've been asked to give ourselves into the preamble and we're being asked to make a decision on this Bill. Well, we'll wait until we get the preamble back and wait and see if it still resembles what we set out to express'."

Manukorihi chairwoman Patsy Bodger said the hapu had decided to support the Bill going to a third reading in Parliament.

The revised Waitara Lands Bill was an improvement on the first draft which prioritised the rights of the leaseholders over those of tangata whenua, she said. 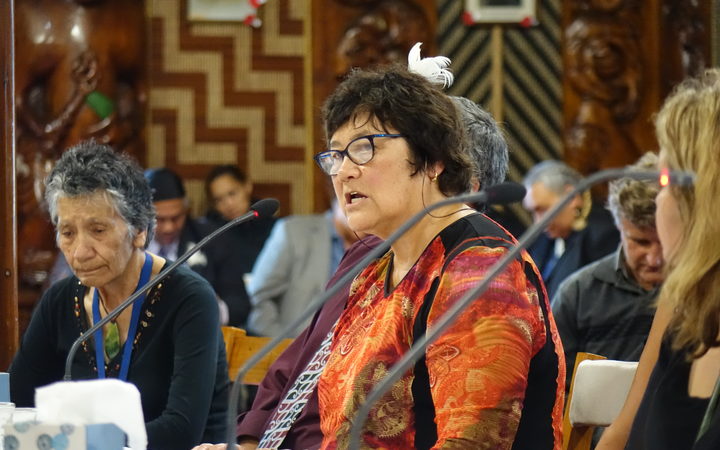 "I guess people have to understand that we are getting the land back and yes we have to buy it, but at least it gives us the opportunity for our people and the community."

The hapū lawyers were still working through some legal issues and they hoped to go through Bill with the council late this week.

The Bill was a significant step for the hapū, she said.

"It helps us to create a fund for us to proceed and for us it's a big opportunity. It allows us to get some of the land back and develop it. Cause it's been about 150 years of alienation."

Earlier this month, New Plymouth Mayor Neil Holdom said after the Treaty settlement process, in which Te Āti Awa turned down an option to buy the leasehold land for $23m from its $87m financial redress, the council had to find a new way to work through the problem and it was this Bill.

He said the Bill was not perfect but that after almost 30 years of talks it presented a real opportunity for the hapū to create a strong foundation for the future.

"If it doesn't proceed, it'll be a lost opportunity for this generation to resolve this historic and complex matter for the benefit of Waitara."

Under the Bill leaseholders retained their perpetual rights to occupy under the conditions they signed up to when they bought their leases and they now also had the right to purchase freehold title at market value.

But many leaseholders are unhappy because re-financing their homes to buy the land they sit on had become unaffordable.

Justice Minister Andrew Little met with about 70 leaseholders on Saturday to hear their concerns. 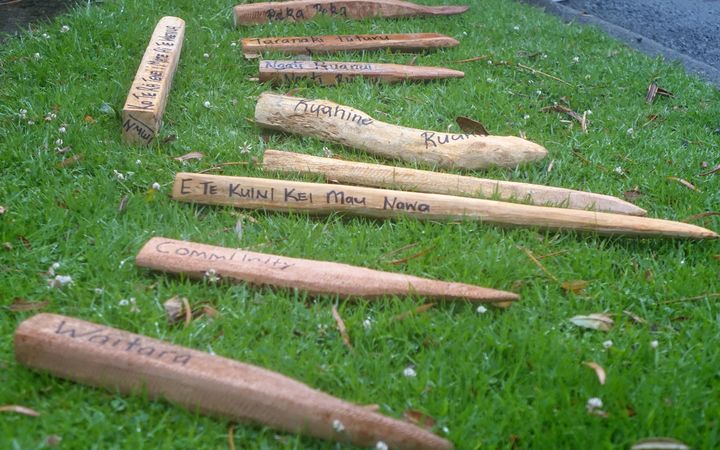 Symbolic surveyors pegs laid out ahead of the Waitara Lands Bill hearing at Owae Marae in 2017 Photo: ( RNZ / Robin Martin )

Mr Little told the group he would investigate the security of their leases and if there were any alliterative avenues to assist them with financing.

The Waitara Lands Bill is scheduled to have a third reading in Parliament on 28 November.