The Anglican Archdeacon Tikitūterangi Raumati was buried in the grounds of the Taranaki Cathedral Church of St Mary's in New Plymouth yesterday. 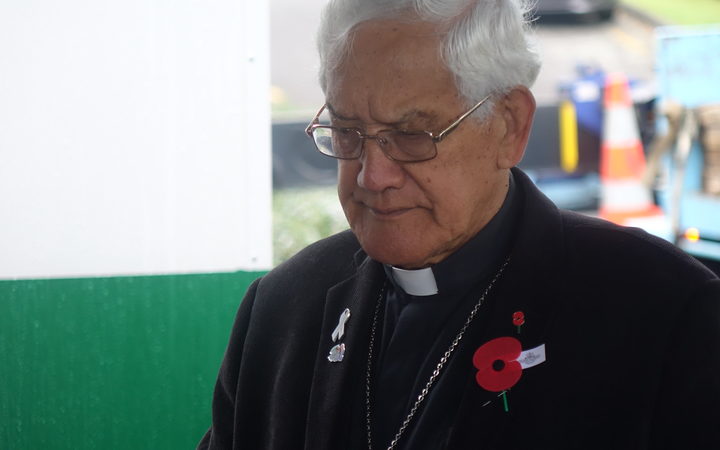 A former military barracks during the land wars of the late 1800s, it was the wish of the 81-year-old, who died last week, to be laid to rest there.

He is only the second person to be buried there since 1935.

Cathedral kaumātua, Tikitūterangi Raumati, was remembered as a formidable orator, athlete, family man, comedian and fan of Elvis at a packed service at St Joseph's Church before he made the short journey to St Mary's - New Zealand's oldest stone church.

Its graveyard was closed in 1861. New burials are allowed only under special circumstances.

Bishop of Taranaki Philip Richardson said in Mr Raumati's case it was appropriate.

"He was ordained as a priest there in St Mary's 50 years ago and he more than anyone knows the conflicted history of St Mary's, but he always said and always deeply believed that it is only by facing our history honestly that we can shape a different future together."

Of Ngāti Mutunga and Te Ātiawa descent, Mr Raumati was the youngest of 18 children growing up in Urenui.

As a child he acted as the eyes of his blind father, delaying his entry to school until he was 13.

Cathedral Canon Wharehoka Wano said it was a difficult decision to lay him to rest in town.

"It's a tough history for us and even to bring uncle here at this time and his wish to be buried amongst these settler families and soldiers that were involved in the land wars. And we know this was a barracks in a previous time.

"All that whole history, it needs to bubble to the surface and be talked about and this is uncle's way of doing that."

A descendant of Parihaka prophet Te Whiti o Rongomai, Mr Raumati served around the country before retiring to Urenui and earlier this year was made an Officer of the New Zealand Order of Merit.

Mr Wano remembers as a child Mr Raumati was a bit frightening.

"My earliest memories are of just keeping as far away from him as I could because he could be very intimidating when he was in full flight with his tokotoko (ceremonial walking stick) but he had history. He had whakapapa. He was funny. He was challenging." 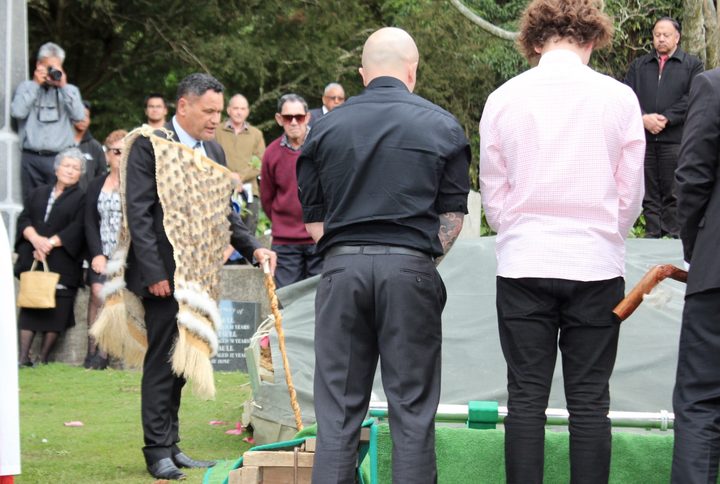 Former league star and sports administrator Howie Tamati said Mr Raumati was a champion for te reo Māori and facing up to the country's shared history.

Mr Tamati said as a Māori man married to a Pākehā woman, his wife of five decades Wilma, Mr Raumati had a unique take on race relations.

"He'd talk about speckled potatoes. He would often talk about, 'You'll all be Māori one day because our children will marry and then we will be one'. "

For artist Moewai Aterea, Mr Raumati was a father figure who supported her when others would not.

"He wanted me to come here, come to this church and now that he's buried here I suppose I'll have to come back more and do work with this place.

"I suppose because he taught me all the history about this place, told me what happened here and it really hurt my heart. And he said: 'We've got to try and heal that, Moe.' "