The Family Court should not be dealing with the care and protection of Māori children, Māori lawyers and academics say. 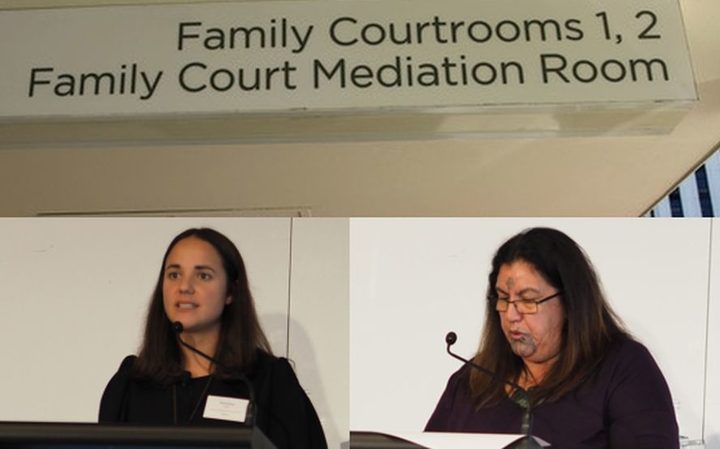 The government is set to review the Family Court because of huge delays for cases to be heard, but some say the problems run much deeper than that.

Māori children make up about two-thirds of children in state care.

Te Kōpū Legal principal Tania Williams Blyth said the court could be a clinical and distant place for many families.

Māori also had to deal with the fact that a number of judges were not culturally competent and whānau were often shut out of the room, she said.

Ms William Blyth said she wanted to see care and protection cases that were not urgent being taken out of the Family Court, and a new board or tribunal set up to work with those whānau instead.

Decision-makers could include a judge and representatives of the Māori and wider community, she said.

Ms William Blyth is a member of the New Zealand Parole Board and said that structure worked well.

"I have seen how that structure can work and how beneficial it is to have three decision-makers rather than one.

"I have seen how easy it is to engage and be reflective of the community you are meeting with."

Kahui Legal senior associate Horiana Irwin-Easthope backed the idea and said it would be better if more than one person made decisions about whānau and tamariki Māori.

"[They would be people who] understand and that feel the evidence that is being put before them and understand the really critical importance of whakapapa and whanaungatanga for our wellbeing."

Justice Minister Andrew Little has announced a review of the Family Court and said it would consider whether the needs of Māori were being met.

He is due to announce the members of the advisory group and panel in the next fortnight.

"I am pretty confident that when people see the advisory group and panel that you will see that those issues are in part taken account of by the people who are conducting the review and advising on it, but it will need input from practitioners and others," he said.

Associate Professor Leonie Pihama, the director of Te Kotahi Research Institute at Waikato University, said tinkering with the current system would not go far enough and the whole Family Court should be scrapped.

"We really need to look deeper than that," she said.

"We need to think about how do we remove these systems and dismantle these systems from our lives and actually reconstitute some fundamental whanaungatanga relationships that are about whānau, hapū and iwi, really being able to be collectively responsible and accountable and supportive of our people in a context where that is actively resourced and supported."

In the meantime, Ms William Blyth was hoping to find a Family Court judge willing to trial her new model and let Māori representatives help to determine the fate of those whānau.