A Māori village dating back to the 14th century has been unearthed in an archaelogical dig at a Gisborne port. 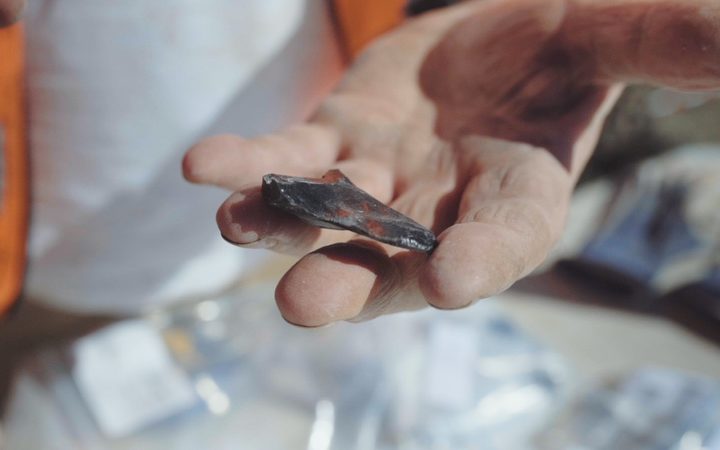 Stone tools made of obsidian were among the objects excavated Photo: Supplied / University of Otago

Moa bones, stone tools made of obsidian and food remains were some of the items found in the 2.5 metre excavation at Eastland Port.

Heritage New Zealand granted archaeological consent to the port in 2016, as part of an ongoing redevelopment project.

Professor Richard Walters said the site at Gisborne was filling in the knowledge gaps of how Māori lived in the early 1300s.

"There's a whole series of sites of about this age that date to the first decades of New Zealand colonisation." 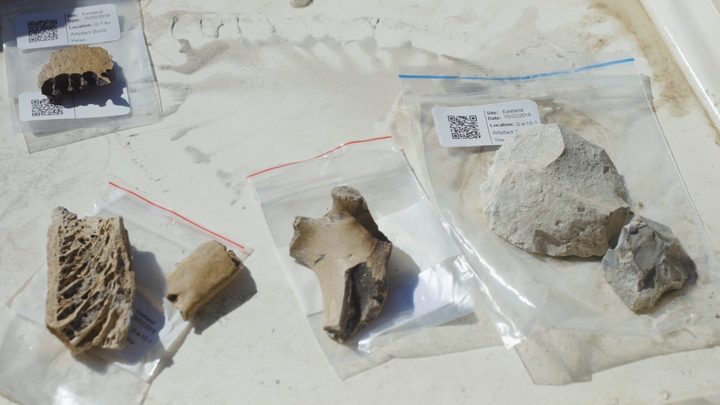 Mr Walters said people who lived at the site had access to resources from emerging trade routes all across New Zealand.

Hundreds of stone tools found at the site made from volcanic glass suggest materials came from the Bay of Plenty, Coromandel and the top of the South Island.

Food remains of fish, dog, and moa were also discovered - and moa bones had been processed to create fish hooks.

Ngāti Oneone spokesperson Nick Tupara said the hapū had been involved since the beginning of the archaelogical dig.

"It does need a trained eye to realise what's actually coming out of the ground because it all looks like dirt - then little glimpses of things start to appear."

It was eye opening to have that glimpse into the past, Mr Tupara said.

"We're humbled that it's decided to reveal itself at this time and that we have this little capsule of the presence of our old people going back to the very beginning of our people occupying the river."

The collection from the site, which includeds 400 items, is being analysed at the university.

"At some point we know that it will all come home to be with us," Mr Tupura said.

Recovery at the site had stopped but Mr Tupura said there were still large amounts of undiscovered material.

"Having had a teaspoon as a taster we're wondering what else is in the spot - we'd like to encourage further work there."