Another big crowd turned out on a bitterly cold and wet Christchurch evening last night to learn te reo Māori. 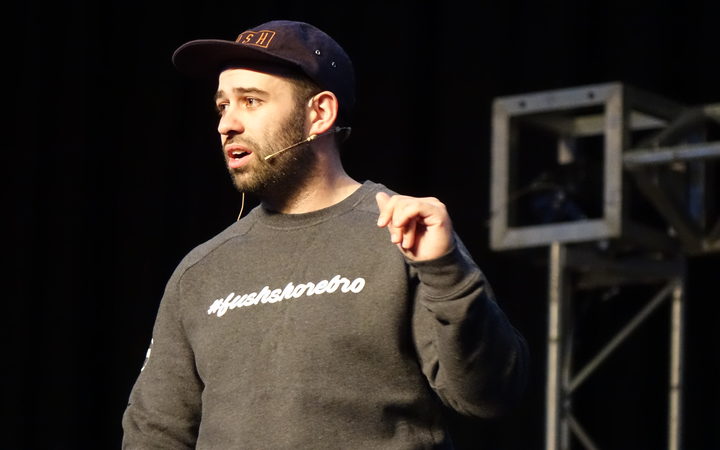 It is the second Monday the free lessons have been put on by restaurant owner Anton Matthews who has had to resort to hiring out the auditorium at Christchurch Boys' High School to fit everybody in.

After pulling a crowd of about 600 last Monday night, he wasn't sure if he would be able to repeat the previous week's success as the rain beat down and the temperature plunged.

But again they arrived in droves, matching last week's numbers.

Back for a second lesson was Merv Luke. The 74-year-old, with links with Ngāti Ruahine in Taranaki, said while his parents spoke te reo he never learned and was not encouraged at school.

"I only wish it was, not just for me but for everyone. I don't think we would be having these differences today, I honestly don't, when I look way back then to now."

His partner Val Harraway was also keen to learn.

"When I go back to his marae I'm like the person in the corner because I don't have a clue what they're talking about." 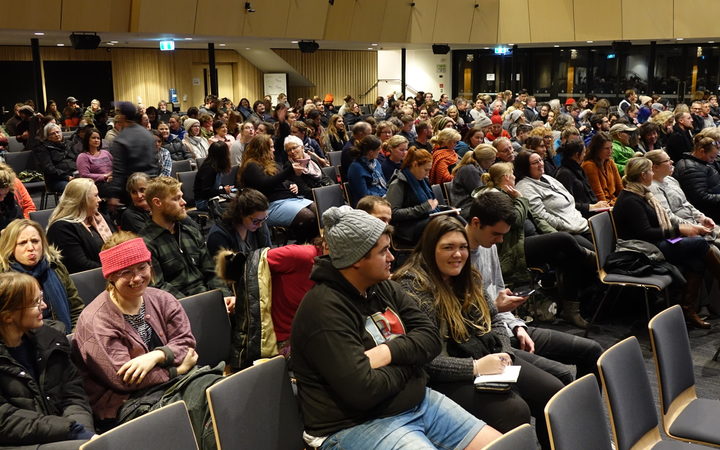 Peter Evans' father was Māori but lost touch with the culture and did not pass on the language. Mr Evans attended last night's lesson and said people's attitude toward the language had shifted.

"More people sort of scoffed at it ... they were just a little bit ignorant - and maybe myself too."

Taylor Mahuika said he first started taking pride in his language when a school teacher insisted on pronouncing place names correctly, encouraging him to do the same.

He had brought along his partner, Johana Williams, who was determined to pass on some of the language to their eight-week old daughter.

"The earlier you can start bringing that language in the better it is.

"I've started taking her to these baby groups and they've got these songs going on so I'm learning the colours and stuff at the moment. So we're kind of learning at the same time."

Mr Matthews said he was impressed by the level of interest.

"It's not often that I'm caught speechless but I was almost choked up in a really positive way."

There were two more te reo lessons scheduled but Mr Matthews said given the interest he may consider doing more.