A Pākehā woman with a traditional Māori facial moko has drawn criticism from some of the country's leading Māori academics. 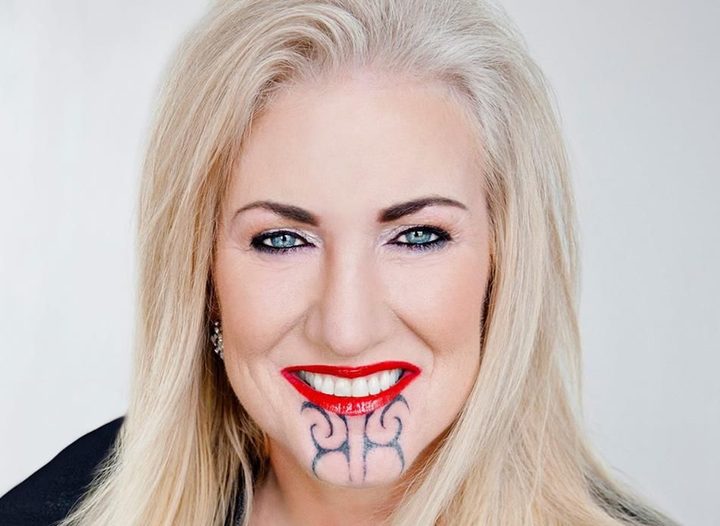 Life coach Sally Anderson removed images of her moko from some of her branding after a backlash from many in the Māori community.

"Not only is it not okay to make a race-based decision in applying moko kauae, but it is a requirement. In my view the gifting of moko kauae to Pākehā is not the right of any Māori, be their wāhine or tāne, irrespective of what has gone before."

"Putting it on Pākehā unravels and aggravates a long history of whakapapa. It's hard enough to receive it as Māori because of the stigma and fear from colonisation, without seeing Pākehā parading it and using it as a business brand.

"For us it gives us a sense of rangatiratanga that is purely ours through whakapapa. One taonga I won't allow to be stolen by Pākehā."

"Pākehā women wanting to take on our taonga of moko kauae and be justified in doing so smacks of white privilege. Māori women have been struggling to reclaim this taonga for generations and Pākehā women need to stop their co-option of our taonga."

RNZ has not yet received a response from Ms Anderson but her husband Roger Te Tai, who has a full facial moko, told TVNZ it took two years for him to consider her getting a moko kauae.

He said although she was Pākehā, she conducted her life as a Māori woman, and had a pure heart.

According to Stuff, Ms Anderson had the moko done several years ago in Auckland, and said it represented turning a corner after surviving a gang rape by the Mongrel Mob as a teenager in the 1980s.