The name of a beer from a Waiheke brewing company has come under fire for its links to a prominent Ngāpuhi chief. 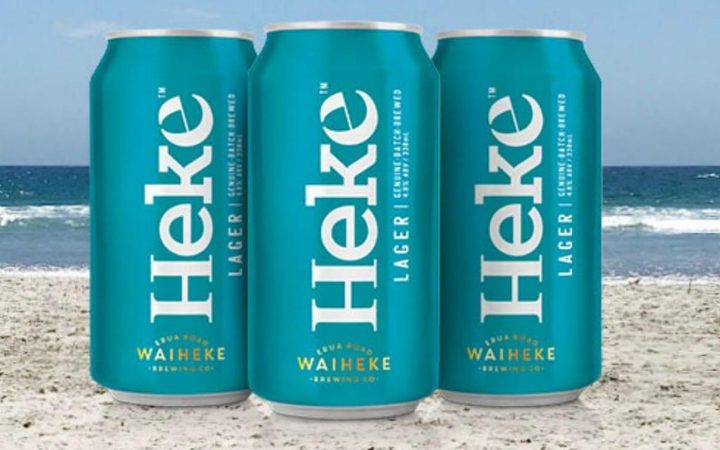 Heke Beer was launched last year in an attempt to showcase a local lager from Waiheke Island.

But a descendant of the Ngāpuhi chief Hone Heke, David Rankin, said the name Heke was well-known not just in Ngāpuhi but across the nation and said he wanted it removed - otherwise he would consider legal action.

"In my own right I'm a capitalist, and I believe in entrepreneurship and making money, but there are certain things you don't do...you wouldn't call a beer 'Hitler' or 'Jesus'."

Ngāpuhi chief Hone Heke was a Northern rangatira who became a reckoning force against British rule in New Zealand after the signing of the Treaty of Waitangi. He ordered a flagpole cut down at the settlement of Kororāreka in protest, and in the following months the flagpole was re-erected and cut down three times.

Mr Rankin said the beer name could be mistaken as a reference to his tupuna.

"This is not colonial New Zealand; this is the 21st century where you actually do take into consideration tangata whenua."

In 2016, a brewery in Auckland's Northshore apologised to the people of Te Arawa iwi for using one of their ancestor's name, Hinemoa, on one of its craft beer labels. But the Waiheke Brewery company has stood by its beer brand and wanted to trademark the name if it was legally possible.

Spokesman Mark Hindmarsh said the brewery respected the views of Ngāpuhi but was confident there would be no confusion in the public's mind between Hone Heke and Waiheke.

"We wanted it to reflect Waiheke. When we looked at it we came up with the name Heke which means cascading or sparkling and that links very well.

Mr Hindmarsh said he went through a Māori advisory committee and Te Rūnanga o Ngāpuhi to ask permission to trademark the name out of respect.

But despite the gesture, and a clear message from Ngāpuhi that it did not give its consent, the beer was already on the market.