Patients at Te Kūwatawata clinic are told stories about Māori gods or atua, re-connected to their whakapapa and facilitated through wānanga before they're offered traditional medicine. 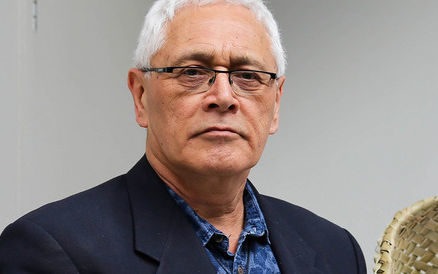 The health clinic in Gisborne uses Māori myths and legends to help their patients and researchers say there has been a dramatic drop in the number of people referred to psychiatric care.

The Mahi a Atua programme has changed the life of Kororia Matahiki, who said mainstream health services made her feel unsafe and alone.

Ms Matahiki said learning about her ancestors was more effective than taking a drug.

"Other agencies [that] offer these services, they would just turn to administrating pills to deal with the issues that I would have.

"I think with Mahi a Atua I can relate myself to one of those demi gods in order to relate to issues I'm going through."

The Mahi a Atua programme allows people to bring in their whānau or sit with other patients during a session.

Kororia Matahiki said she could share the burden of mental illness with others.

"Although you're pouring your heart out to the counsellor you kind of carry a lot when it's just two people.

"When you've got a whole whānau that's there to support you it just makes everything easier."

Research from the New Zealand Medical Journal said Māori were more likely to be admitted and re-admitted to psychiatric care, and be underdiagnosed than non-Māori.

But since the Mahi a Atua program launched six months ago, referrals to the DHB's psychiatric team have dropped from an average of 80 people a month to between five and 10.

David Tipene Leach - a doctor undertaking research on the programme - said it allowed patients to see their situation through a different lens.

"Now we see everyone who is referred in and it's not up to us to decide their level of distress. They don't feel like they're coming in and someone's telling them what they're experiencing or what will fix them.

"They feel listened to and the stories is just a way to engage them in something different."

Founder of Mahi a Atua Diana Kopua says the programme was a response to a western health system that under-served Māori.

"We were structured around this Western ideology. Māori don't come in. They don't come in because it's not consistent with their culture and they don't feel like we will respect them and understand them and listen to them and so they'd rather stay sick."

She said the Mahi a Atua approach was working.

A review of the programme will be presented to the Ministry of Health at the end of the year.