Two South Island rivers in Waiau have been restored to their original Māori names. 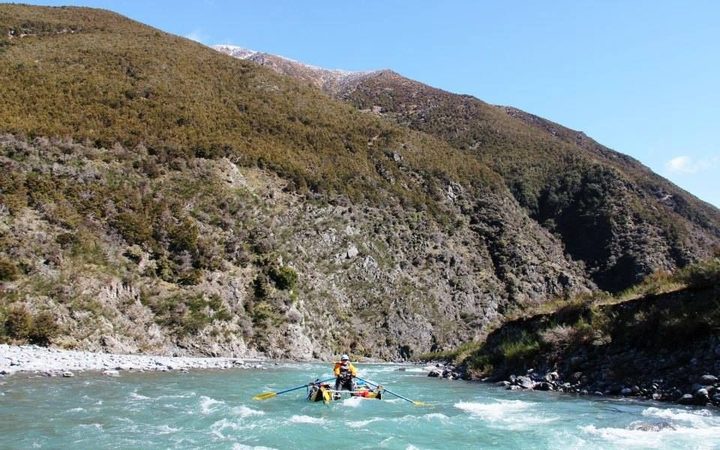 There were 11 objections to the name changes and only eight in support. One objection said the Waiau Uwha River was too long and confusing.

But after careful consideration, the objections were rejected by the board and the submissions were passed on to the Minister for Land Information, Eugenie Sage, who agreed to change the names.

He said he had always felt strongly about restoring New Zealand's geographical features to their original Māori names.

"I always saw naming as a very powerful tool used by colonists. We had the same situation where people would come along and pick up children and give them a name called Agatha, you know, because they were Māori and they'd just adopt them and give them another name.

"What was wrong with the Māori name? It's such an arrogant thing to do to just come and name something differently."

"If you look at the river down here, it's called the Ashley, it sounds English but the real name is Rakahuri so it means kind of entangled and turning, and that's exactly what it does.

"It's the most amazingly sinuous river, so it turns in on itself all the time. If you know that the name is Rakahuri and you enter the top of it, you will know that it is going to take you a long time to get to the bottom."

He said Waiau Uwha and Waiau Toa had significant meaning, and perfectly described the features of each river as distinctly female or male.

"The Waiau Toa river, when the rain comes, that river is angry and brown and male, basically. The Waiau Uwha is female in character, it cries tears and it's just not as violent and not as turbulent. Those are useful things to know."

The Hurunui Youth Council agreed, and put a submission into the name change proposal expressing a need to respect Māori heritage.

"There is significant Māori heritage behind the name Waiau Uwha, the Hurunui Youth Council believes we have a responsibility to uphold this," it said.

"The Hurunui Youth Council would like to see media coverage and signage explaining the change in reserves adjoining the river and in the Waiau township."

New Zealand Geographic board secretary Wendy Shaw said restoring the names was about acknowledging the traditions and heritage of local iwi Ngāi Tahu.