The government has been criticised once again for negotiating with a Māori body that did not have the backing of hapū it claimed to represent.

The Waitaingi Tribunal has found that the Crown breached the Treaty when it recognised Ngāti Wai Trust Board's mandate to enter into settlement negotiations on behalf of Ngāti Wai people. 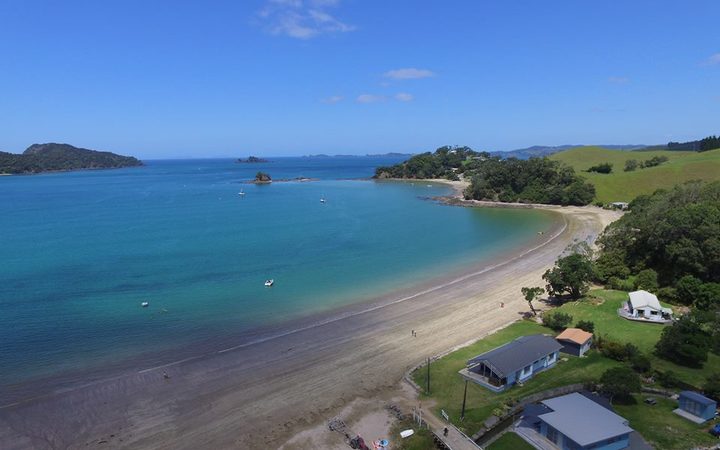 One of the hapū who took the urgent claim is based at Ōhāwini bay. Photo: Supplied / Mylie George

Ngāti Wai, an iwi located on Northland's east coast, has about 2700 registered members and was at the negotiation stage of its treaty process.

Fewer than 800 iwi members cast their votes in the Ngāti Wai mandate process, a participation rate of 28 percent.

The Crown accepted it, despite the low voting rate, and moved into negotiation phase with the Ngāti wai Trust Board.

But 11 claimant groups filed urgency claims with the Waitangi Tribunal claiming the Crown had not ensured the trust board carried out an open, fair and robust process.

The Tribunal yesterday ruled the Crown had pressured the Trust Board into rushed timeframes which damaged Crown / hapū relations. It recommended the process be paused and called for mediation.

The findings are being welcomed by the hapū who lodged the urgent claim, and by Ngāti Wai Trust Board chairman Haydn Edmonds.

"The Crown has a process that was being imposed upon us and we had to respond to those in what they referred to in a timely matter and I wasn't happy with the amount of pressure being put on us to respond," Mr Edmonds said

Known by a number

Miley George represents two of the 11 hapū which took their case to the Waitangi Tribunal.

She and other Whangarūrū claimaints have been forced to further their claims under the umbrella of the Ngāti Wai Trust board.

For the past few years, she's been known by a number.

"1509 is my claim number and I'm from Ngāti Te Rā Hingahinga and also Te Uri Hikihiki.

"We're in a bay called Ōhāwini which is right next to Ōakura."

Te Uri o Hikihiki and Ngāti Te Rā's claims involve the Whangarūrū coastal subdivisions which they say were imposed upon them during the 1940s.

"They would go in and say they wanted to buy whenua. They needed to subdivide that, and they would charge the families back to subdivide, and they couldn't pay for it, so they'd have to sell more whenua. That's the structure that they used all the way up the coastline to get land off our people." 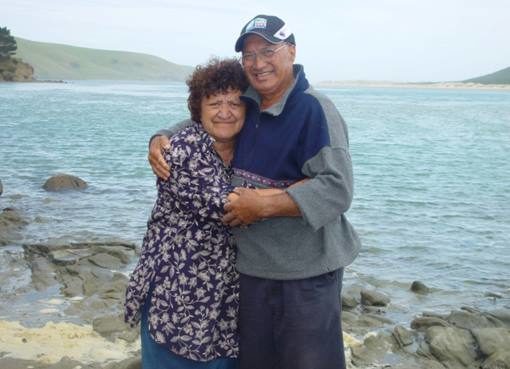 Her grandfather Samuel George was a Te Uri o Hikihiki custodian, who she says worked tirelessly for their hapū's claim.

He was a "really staunch man and a fiery man too. He was trustee at the Mokau marae, he was a bishop, the chief fireman for Whangarūrū and also a permitter as well on the water."

She said he was a 'hui hopper", spending much of his time at meetings, and decades later, she was walking his walk for their hapū's treaty claim.

"It was quite hard as young people coming in, having a different opinion. This is how we've been brought up - to not just be told what to do and this is best for us without any analysis attached to it or empowerment to make strong decisions for our whanau and hapū."

Claimaints like Ms George hope the findings will mean having a voice in the final process and working towards a post settlement governance structure that includes her hapū.

The Waitangi Tribunal has recommended mediation takes place to debate what it calls the unsatisfactory elements of the mandate. It is likely to appoint a facilitator to work with all groups.

Treaty Negotiations Minister Andrew Little said he would consider the report and the recommendations, in consultation with the Office of Treaty Settlements.

He hopes to be in Northland by December to to meet both Ngāti Wai and Ngāpuhi.

"I'm very much in listening mode and want to hear how its going for parties - both those doing well and those who aren't - then work with officials to make sure the Crown is doing all it can to uphold it's moral obligations."

The issues Ngāti Wai are facing are not isolated. Neighbours Ngāpuhi are experiencing similar obstacles and in the Bay or Plenty Te Whakatōhea iwi have been granted an urgent hearing over the legitimacy of its mandate.