A Māori attorney from Turangi has tested her knowledge of US federal Indian law and is now qualified to represent clients of the Yurok Tribe, the largest federally recognised tribe in California. 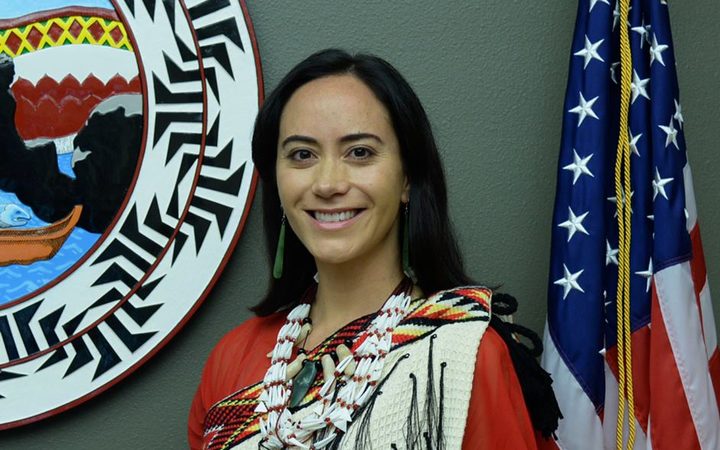 Maia Wikaira has been sworn into the Yurok Bar. Photo: Supplied

Last week, Maia Wikaira of Ngāti Tuwharetoa, Ngāpuhi and Te Rarawa was sworn into the Yurok Bar - which will enable her to represent clients in the Yurok Court.

The bar assessment tested her knowledge of federal Indian law and the Yurok Tribal Court. The Yurok Tribe is the largest federally recognised tribe in California.

The 29-year-old said it was a special honour to be sworn into the bar.

Ms Wikaira grew up surrounded by her Māori culture and language - something that shaped her desire to fight for Māori and environmental issues.

"I had this deep love of who I was, what I was as part of my whenua, my maunga and my awa."

The Yurok tribe has a large focus on protecting its water resources, something Ms Wikaira said drew her to work with them.

A major dam removal project involving the tribe will see four dams removed from the Klamath River - in an effort to increase water flow and migratory spawning for critical habitats such as salmon.

The Klamath River is the second largest river in California and stretches across Oregon and Northern California.

Ms Wikaira said the Yurok Court utilises traditional values that are adapted into a contemporary context. Judge Abby Abinanti leads much of the work the tribe carries out.

"What I've seen here is that there's really strong focus on restorative justice within the tribal court system - in fact in a way that is trail blazing at least for US criminal justice system," Ms Wikaira said.

She will work with the Yurok Tribe's Office of Tribal Attorney until March.