Rising poverty has left young Māori with fewer resources to prepare for the future, a study shows, leaving some struggling to see a bright future for themselves. 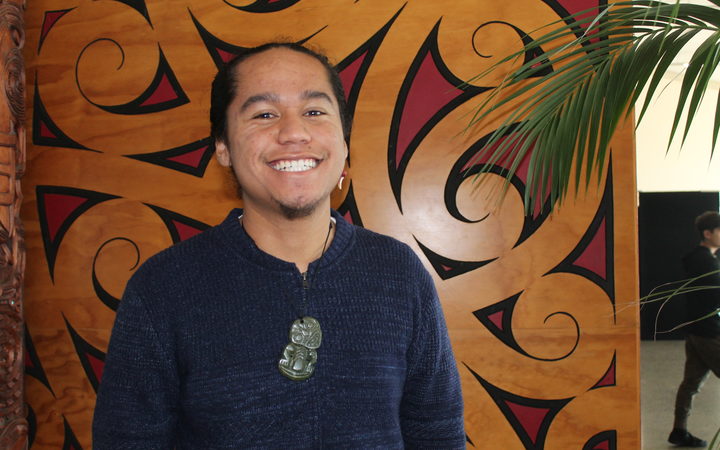 Ezekiel Tamaana Raui, 20, says he would have fallen through the cracks if it wasn't for his whānau. Photo: RNZ/Justine Murray

Ezekiel Tamaana Raui, 20, said he and his family were virtually homeless for three years while he was growing up.

He said if it wasn't for the support from his immediate and wider whānau he could have fallen through the cracks, but many of his friends were not as lucky.

"There were quite a few of my peers who, as a result of their economic situation, turned to comfort in gangs and comfort in drugs," he said.

"Not because of anything other than the fact that those sources provided better realities."

It's a lifestyle many turn to when facing financial deprivation, and the soon-to-be-published Victoria University research shows increasing economic inequalities suffered by rangatahi are having a major impact on their outlook for the future.

In the study, more than 100 rangatahi throughout New Zealand spoke to researchers about their hopes and fears for the coming years.

Victoria University associate professor Joanna Kidman said she was surprised to find most of the young people she spoke to could not imagine a positive life for themselves and their families.

"One of the things that really shocked me was that the fear about what might happen in the future really drastically changed how they thought about the present and how they behaved in the present.

"That's a problem because we really can't have an inclusive future if we don't attend to what is happening in the present."

She spoke to a 15-year-old who was not in school and struggled to get by on a part-time job. The young wahine was pregnant, without a stable home, and was sleeping at friends' houses night after night.

"This is a young woman who is really struggling with the realities of her immediate circumstances. Some of the young people that we've been meeting in those kinds of situations are putting a lot of time and a lot of energy into just getting through every day."

Dr Kidman said the rangatahi who were optimistic about their future had access to reliable adults and social spaces such as marae, where they had access to information about work, education, and health.

But many young Māori in difficult circumstances did not have access to those resources and support, she said, and were left feeling isolated.

"The future for them is a good day: when you get through to the end, you have food in your stomach."

Mr Raui, who won the young achiever award at last year's inaugural Matariki Awards, is now the chairman of a national youth council established to be a voice for youth suicide prevention.

He agreed there was a risk that rangatahi who grew up in poverty could have a limited outlook on life.

"I think their mindsets will be very limited to their immediate environment. Poverty, obviously being one of the biggest ones, plays a role in everyday decisions.

The research, which began in March last year, is an ongoing three-year project. The first stage sought to find out how young Māori were affected by poverty; the second will look at the best way to address the issues that it uncovered.