A farm set up to help Māori veterans from World War I has done its job and the land should be given back, a marae in Wairoa says. 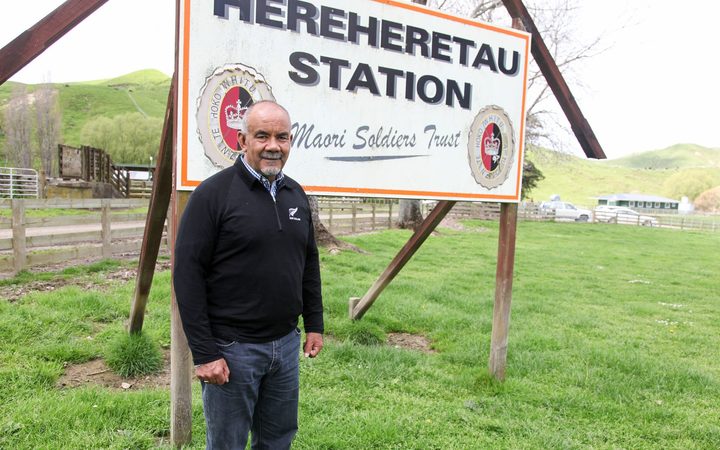 But the manager of the multi-million dollar Hereheretau Station said the veterans might have died but the land could still help future generations.

Hereheretau Station was built on Māori land in the early 1950s to support Māori soldiers who had returned home from the World War I.

The income from the sheep and beef farm was used to assist the veterans and to help pay for hui or funerals.

But Whakakī Marae chair Richard Brooking said it was time to return the land to its original owners.

"Now that the purpose has come to an end, the World War I veterans have all passed on," he said.

"We would like the minister to consider giving that land back to Whakakī because of the way it was given in the first place."

Mr Brooking said the land was gifted to the Māori Soldiers Fund with the idea that it would be returned when the veterans had passed away.

"They still carry the hurt, the mamae, the angst of having agreed that it would be used for the purpose it was.

"Now that it is running as a well-run farm, we now want that land back, because it is part of our tūrangawaewae."

He said the current treaty settlement would be "bitter-sweet" without the inclusion of Hereheretau.

Whakakī is included in the Iwi and Hapū of Te Rohe o Te Wairoa Claims Settlement Bill which is under review by the Māori Affairs Select Committee.

The committee was in Wairoa on Friday to hear 17 submissions on the legislation, ahead of it being made law.

The treaty payout includes $100 million and despite the iwi asking for Hereheretau Station back, the farm was not up for negotiation.

That is because the land is classed as privately-owned and only Crown-land can be returned to Māori in settlement.

Hereheretau is owned by the Māori Soldiers Trust and by law the trust is chaired by the Māori Development Minister, who is currently Te Ururoa Flavell.

Mr Brooking said the elders were reluctant to accept that the land was not Crown-owned, however they were hoping there was another way to get it back.

The Hereheretau Station is worth close to $12 million and part of its income is used to fund educational scholarships for Māori, favouring descendants of war veterans.

Farm manager and Māori Trustee Jamie Tuuta said he could see where Whakakī was coming from but he did not agree that the farm had served its purpose.

"Despite the fact that all of the returned servicemen have passed on, from a legal standpoint, there is still a beneficiary group," he said.

"Children and grandchildren of those servicemen ... we have obligations and duties to engage with them." 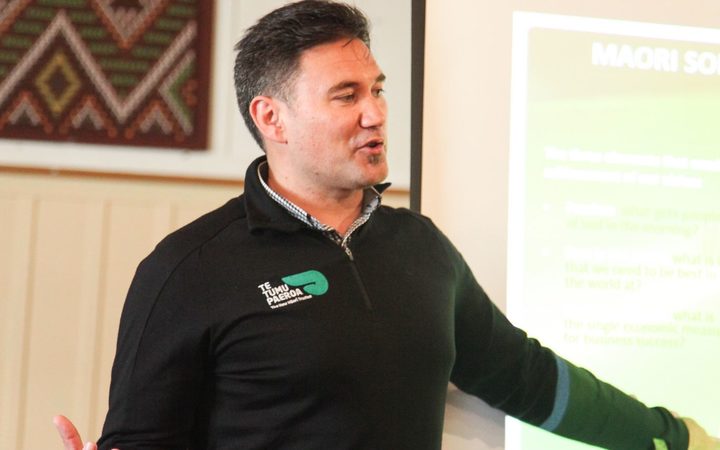 The laws for the Māori Soldiers Trust date back to 1957.

Mr Tuuta said the governance structure might have worked back then but times had changed and the legislation was outdated.

He was not ruling out the land being returned to iwi one day and said it was something he would raise with the beneficiaries.

"A lot of people have said 'well, who is ultimately responsible for that decision ... we have got to take a steer from the beneficiaries because technically we do not have the power to give assets away if they are other beneficiaries."

Leon Sykes is the head of Tātau Tātau, which was recently set up to handle the treaty settlement redress.

He wants to help Whakakī.

"If we can actually facilitate a discussion about how we can progress, even if it is just an MoU [Memorandum of Understanding]."

Mr Sykes is not ruling out using the treaty money to purchase Hereheretau Station in the future.

"It is a sore point for them. They see it every day and to them, they have no kind of involvement with it," he said.