The Māori King's closest family members, the Kaahuiaariki, are mourning the death of his older sister, Tomairangi Paki.

She was taken to Te Puea marae in Mangere yesterday and this morning arrived at Waahi Pa in Huntly, where she is being mourned. 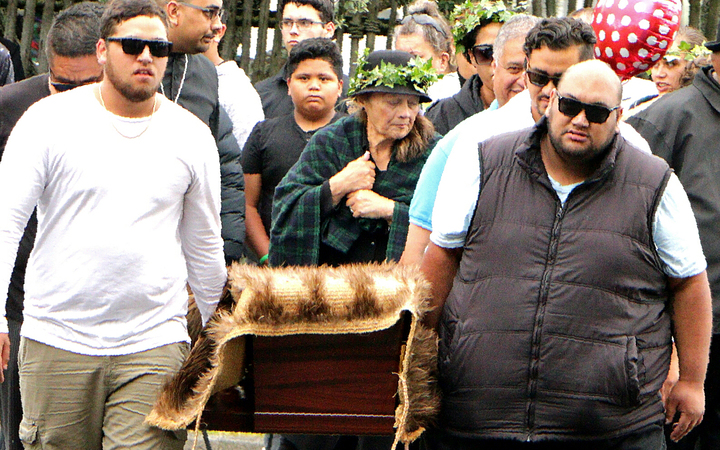 Tomairangi Paki is carried onto the marae. Her older sister, Heeni Paki, is at the back. Photo: RNZ / Mihingarangi Forbes

Tomairangi Paki was the second eldest child of the late Queen Te Arikinui Te Atairangikaahu. She was 64 years old.

The older women draped their heads in pare kawakawa, the mourning wreath made of greenery, as their karanga cried out their loss to the Kiingitanga.

Kiritokia ete Tomairangi Paki was known for her abilities in Māori performing arts. Kiingi Tuheitia spokesperson Rahui Papa said it was right for her to lie at the Mangere marae for the night.

"It is fitting that she is at Te Puea given the influence that Te Puea had on her life and on her mother's life and of course the strong female element of leadership that was shown both by Te Puea and by Tomairangi."

Throughout the night, Auckland-based Waikato Tainui members sat with Tomairangi and remembered her for her life achievements.

She was a life member of Te Matatini and was recently acknowledged again. 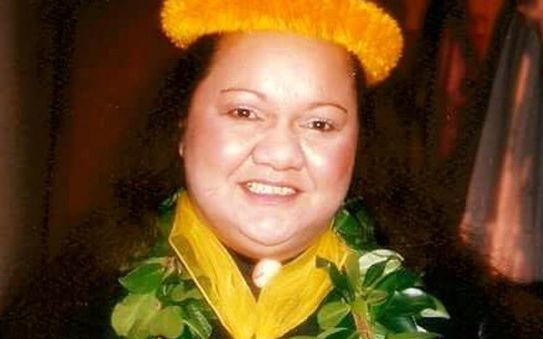 "Tomairangi was an inspirational leader especially in the field of kapa haka actually when she went to Hawaii she became a kumuhula and so those arts and performing arts were some things that were near and dare to her and she gained success with Taniwharau in 1981 at the national festival and last year became a life member of the Tainui Waka Cultural Trust."

She suffered in her later years, with diabetes and a series of strokes. Mr Papa said she maintained a good demeanour despite her illness.

Her son, Turongo, and daughter, Mara, travelled with her and some extended family, including the king's son, Whatumoana, to Waahi Paa.

Rahui Papa said her tangihanga would continue at Waahi Paa throughout the week.

"All the tents will be errected all the kai will be coming in and Waahi will be mobilising to be able to host a number of different delegations, particularly kapa haka throughout the motu."

Tomairangi Paki was a composer, teacher and member of the New Zealand Māori choir. She made strong relationships, through her position in the Māori King Movement, with the royal family in Hawaii where she learnt the art of hula and eventually taught it.

She will be laid to rest on Friday and she is expected to take her place above Maunga Taupiri, in the company of her mother, the late Māori queen, and the five late Māori kings. 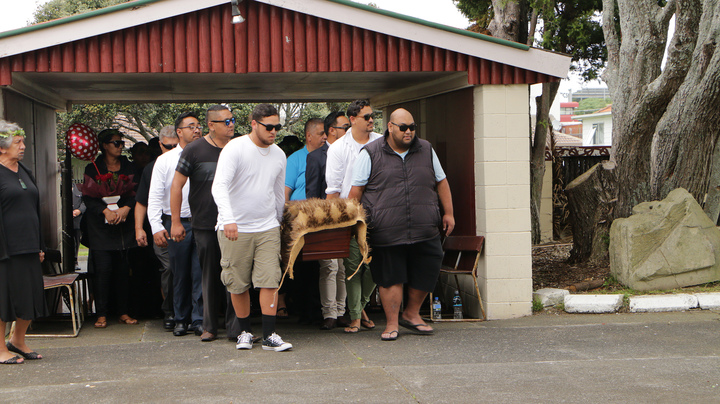