The first step has been taken to rehouse several of the nation's founding documents with the naming of an exhibition space that will house the Treaty of Waitangi and other national treasures. 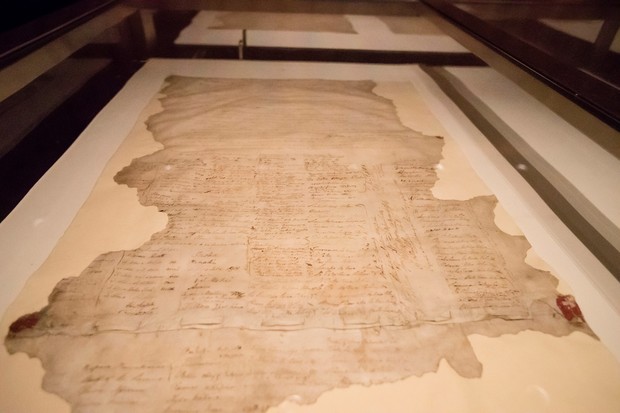 The Treaty of Waitangi and the other documents will be moved to the National Library's new exhibition space next year. Photo: RNZ / Aaron Smale

The National Library has unveiled He Tohu, the new name for an exhibition project that will eventually be the new home for the treaty and other founding documents.

The Treaty of Waitangi, the Declaration of Independence of the United Tribes of New Zealand and the Women's Suffrage Petition are extremely fragile documents but carry immense historical and cultural weight.

They are housed at New Zealand Archives in Wellington, whose storage facilities are dated, and next year will be moved to a new exhibition space at the National Library across the road.

Chief Archivist Marilyn Little said the new location would include the latest technology to help staff take care of the documents.

"The new exhibition gives us the opportunities to introduce state-of-the-art conservation technology including temperature controls that will help us keep the documents preserved for the next 500 years." 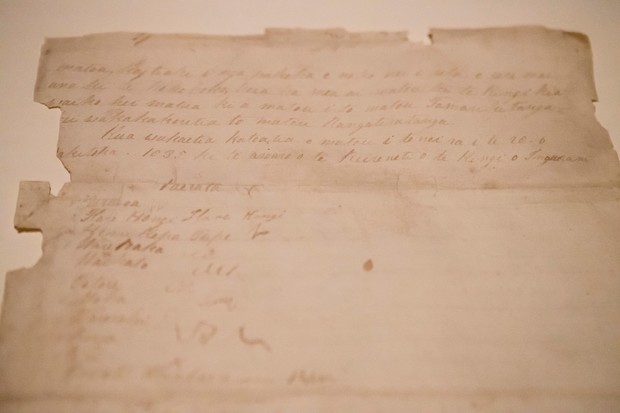 The Declaration of Independence of the United Tribes of New Zealand. Photo: RNZ / Aaron Smale

The name He Tohu can be translated as "The Signs" and refers to the significant milestones the documents represent.

Carol Dodd, acting chair of Te Rūnanga a Iwi o Ngāpuhi, said the Declaration of Independence Te Whakaputanga had always been regarded by Ngāpuhi as the foundation of the Treaty of Waitangi.

"He Whakaputanga is the declaration that precedes Te Tiriti o Waitangi, the treaty, the partnership. But certainly there is a declaration of sovereignty, and then a partnership agreement, the treaty that followed that."

Ms Dodd says there is still a desire by Ngāpuhi to see the Declaration and the Treaty return to Waitangi.

"Our documents in their original form are very frail, very fragile. We recognise that. We recognise too that there's a lot of work to be done in order to transition them, repatriate them back home. But our desire, our aspirations, our wishes are that they will come home one day. " 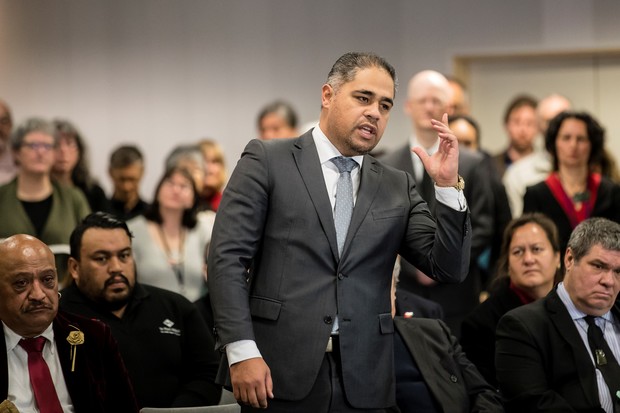 Peeni Henare of Ngāpuhi speaking at the unveiling ceremony. Mr Henare said the Treaty of Waitangi and the Declaration of Independence of the United Tribes of New Zealand should eventually be returned to Waitangi. Photo: RNZ / Aaron Smale

Minister of Internal Affairs Peter Dunne said he discovered one of his forbears was a signatory to the Suffrage Petition and it gave him an insight into how Māori feel about the Treaty of Waitangi.

"The day the iwi leaders were with me and we saw the treaty, I watched their almost child-like interest in finding the signature of their ancestors. I began to understand that emotionally when I saw the extract from the Women's Suffrage Petition that bears my great-grandmother's signature."

Te Haupuru Makoare, who along with fellow student Ella Thorpe unveiled the new name at yesterday's ceremony, is a descendent of signatories to both the Declaration and the Treaty. 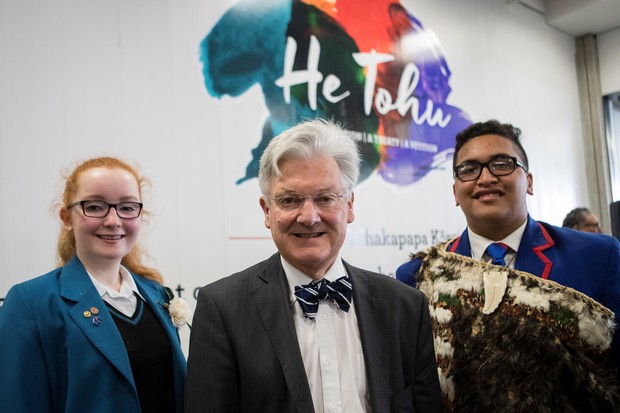 Minister of Internal Affairs Peter Dunne with, with students Ella Thorpe, at left, and Haupuru Makoare, right, who unveiled the new name of the exhibition space He Tohu. Photo: RNZ / Aaron Smale

He said the discovery of his connections to the documents made him want to learn more about them.

"It's amazing knowing that I've got tupuna that signed the declaration and the treaty. It's definitely pushed me to learn more about this and my tupuna."

The new site is still under construction and the documents will be moved early next year.