A Tūhoe leader is backing the Māori Party over its opposition to Helen Clark's bid for the top job at the United Nations. 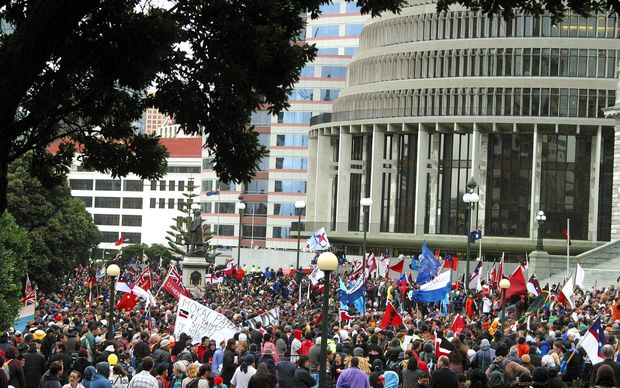 An estimated 10,000 people at Parliament after the Hikoi to protest the proposed seabed and foreshore legislation. Photo: AFP

Miss Clark was Prime Minister at the time of the police raids in the Tūhoe communities of Taneatua and Ruatoki in search of evidence of terrorism.

The raids were criticised for being heavy handed.

Tūhoe leader Tamati Kruger said the iwi had since embraced a reconciliation process, meeting with Police Commissioner Mike Bush and former Police Minister Annette King over the way the raids were carried out - but Miss Clark had not taken up any of their offers. 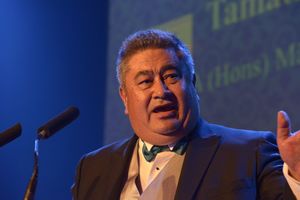 "For Tūhoe, I agree with other people that Helen Clark would be a greater person if she acknowledged those issues over the foreshore and seabed, and also around Operation 8 in regards to Tūhoe.

"I think it would be great if she does acknowledge that and express a personal view point around reconciliation."

Ruatoki elder Waiarani Harawira witnessed the raid and members of her whānau were arrested, including her brother and nephew.

"It was bad enough that happened to him and his son but what he would never forgive was that his mokopuna saw that happen in his home."

Mr Kruger backed the sentiments of the Māori Party's co-leader Marama Fox saying it would be wonderful if Miss Clark expressed a personal view about reconciliation in her own backyard.

Māori Party co-leader and local MP Te Uruoa Flavell said the Māori Party could not back Miss Clark in her bid to become Secretary-General until she acknowledged her role in the Tūhoe raids and other events, such as the passing of the Foreshore and Seabed Act. 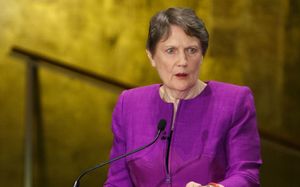 Helen Clark speaking at a debate as part of her bid to become UN Secretary-General. Photo: AFP

"The people still do the haka about it, they still sing about those sorts of things and will continue to, it's a significant issue for the Tūhoe people. And we kind of like to think that she takes it seriously."

Miss Clark was the head of the government that pushed through the controversial law change in 2004 that made the Crown the sole owner of the the foreshore and seabed.

John Mitchell was the chairman of the Ngāti Tama, one of the tribes that won the right to test a treaty right over aquamarine farming in the Marlborough Sounds.

"Well I'd have to say there were quite a number of us who were pretty bitter about what Labour did.

"I mean we won in the highest court in the land short of Parliament, in the Court of Appeal, the right to have these issues adjudicated and essentially the Foreshore and Seabed Act denied us what had been a high court decision."

Mr Mitchell said he was a proud kiwi, and would be chuffed if Miss Clark represented New Zealand, but believed she would be wise to learn from her past dealings.

Ms Harawira, on the other hand, said there was much more work to be done before her whānau was at peace.

"So Helen Clark, you know the only thing I have about Helen Clark is all this happened under her regime and at no time has she ever made an attempt to apologise to Tūhoe."

Mr Kruger said no one benefited from continuing to harbour hatred and ill feeling, and the offer of reconciliation with Miss Clark was still on the table.