One hundred and thirty-eight of New Zealand's future political leaders descended on Parliament on Tuesday. 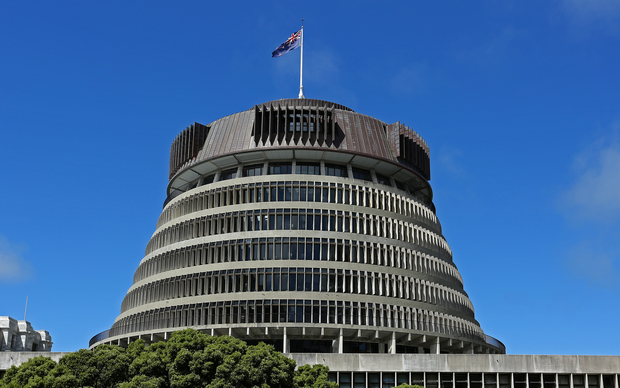 Students from around the country were in Wellington to take part in the Youth Parliament to get a taste of politics and the decision making process.

One hundred and twenty-one students took part in a mock parliamentary debate where they asked questions of current MPs, while another 17 acted as press gallery journalists.

Some of the students spoke at a select committee hearing about a proposal to make te reo Māori compulsory in schools.

Josh Gill and Crystal Te Moananui from Thames, and Finnian Galbraith from the Kapiti Coast, all supported the proposal.

Mr Galbraith said Māori language should be compulsory in primary schools and an option at secondary school.

The students said at secondary school students begin to choose their own subjects, so making it compulsory at that level would be complicated.

Mr Gill said, although Māori was available at his school, it wasn't an option for those who wanted to study it at an advanced level.

"I go to Hauraki Plains College and I think that the level of Te Reo is actually quite low. To be honest I don't feel represented at all as a Māori person. They only offer Māori for year 9 and 10."

"I attend Thames High School and we do have Māori classes, but I just don't feel like we have the resources to teach every year level," she said.

Mr Galbraith said he learnt Māori at primary school and was grateful for the opportunity it gave him to learn more about New Zealand.

"At my primary school it was compulsory to learn Māori language, which was great. It was only for half an hour to an hour per week, which I think could be improved upon. I didn't take it as an option at high school but in the future I would like to learn more Māori language. I think it was great that I had the opportunity to learn about it at primary school," he said.