Ngāti Kahu is mourning respected kaumatua Manuera Tohu QSM, who has died after a short illness. 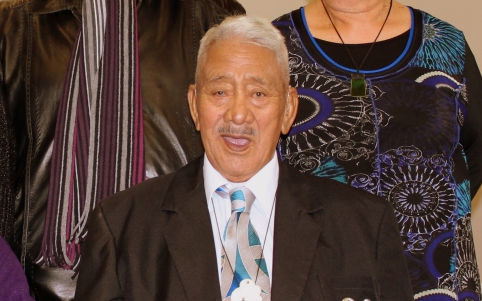 Manuera Tohu QSM, who served as the kaumatua for the NZ Police and the Parole Board has passed away. Photo: SUPPLIED/Te Kōhanga Reo National Trust

Mr Tohu will be remembered for his oratory, his knowledge of whakapapa and his tireless work amongst the community in Dargaville.

Mr Tohu was a member of the Te Kōhanga Reo National Trust board where he served alongside Dame Iritana Tāwhiwhirangi, Tīmoti Kāretu and Te Wharehuia Milroy among others since 2009.

From Ngāti Kahu, Te Ihutai and Ngāpuhi, Mr Tohu served as the kaumatua for the New Zealand Police and the Parole Board.

A life member of the Rātana movement, he was a respected minister of the church.

His tangihanga will be held at Kapehu Marae in Arapohue near Dargaville.