The white-flowered ngutukākā, a rare variant of the kākābeak, has been welcomed back to Te Reinga Marae in Wairoa. 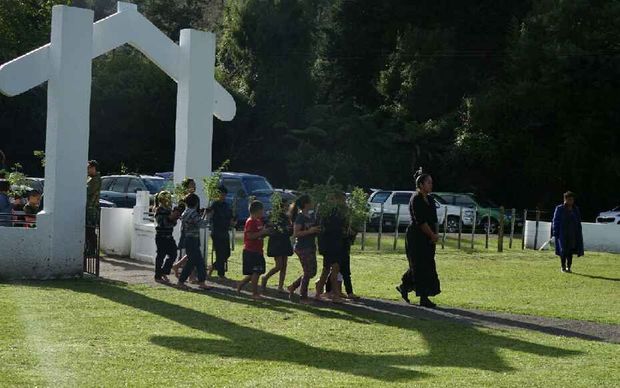 The native plant has been nurtured back from near extinction by Crown research institute Scion, which took four years to successfully grow the white-flowered ngutukākā after being given seeds from the estate of a collector of wild seed.

There were 100 people at the homecoming and children from the marae planted the shrubs in a specially prepared garden near the marae.

Kiwa Hammond of Te Reinga Marae said although the plant was now home, it did not mean the end of its journey.

"The next part of course is for us to get to know the ngutukākā and understand what it needs not just to survive, but to thrive."

The white flower is also now the symbol on Ngāti Hinehika and Ngāti Kohatu flag. 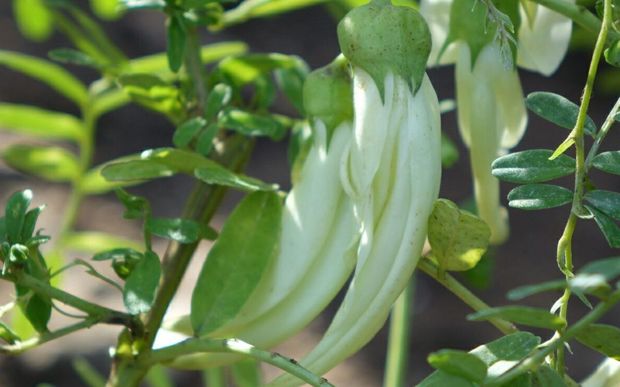 Mr Hammond said the marae has a new flag for their people and the ngutukākā is part of the flag's pattern.

White flowered ngutukākā were last seen in the wild in the 1950s at the Tiniroto cliffs near Wairoa in Hawke's Bay.

Karen Te Kani of Scion said they hoped to get the native plant growing back on the mountain and cliffs in the local area.

The ngutukākā is New Zealand's most widely recognised endangered plant.

The Department of Conservation formalised a recovery plan for it in 1993. Rabbits, goats, deer and snails all pose risks but the plant's biggest enemies are introduced invasive plant species such as buddleia and gorse, which compete in the same forest environment.