A split in the leadership of the powerful New Zealand Māori Council has led to the South Island delegation walking away from the national body. 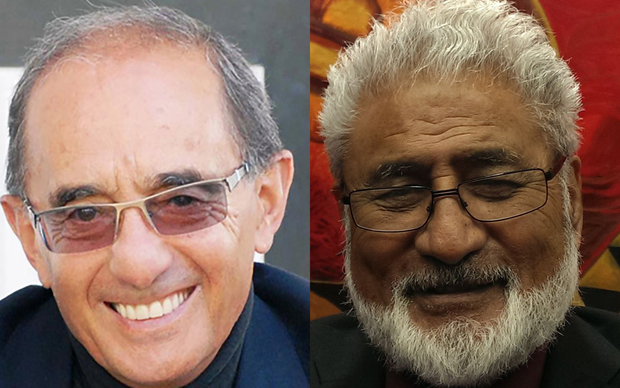 An election for the chairperson position took place at the weekend, and saw former co-chairman Maanu Paul replaced by high-profile former judge Sir Taihakurei Durie as the sole head.

But the decision did not run smoothly, with seven members walking out in the process.

The organisation has made substantial gains advocating for the rights of Māori under the Treaty, particularly in the areas of fisheries, forestry and broadcasting. It played a major hand in creating 'Section 9' of the State Owned Enterprises Act, which forces the Crown to act in a manner consistent with the principles of the Treaty of Waitangi.

But according to some members, the house of the Māori Council needs to be put in order. At the weekend a number of members walked out after the vote that saw Sir Taihakurei elected as chairman.

Sir Taihakurei was blunt when speaking of his former co-chair, and told RNZ the trouble was "that Maanu is just not prepared to follow the rules and exercise the necessary discipline for the task. You just can't have loose wheels on a machine like this".

But there was no love lost with Mr Paul either after being involved with the council's work for 50 years. He told RNZ "we've got to remember this is the first time in the history of the Council that a member has taken the Council to court. It's against tikanga Māori and we're quite disgusted with it".

The breakdown between the men has led to members abandoning the national body.

Melanie Mark-Shadbolt - the chair for Te Waipounamu District - said neither man should be leading the organisation.

She had pushed for a new leadership, but when Sir Taihakurei was re-elected she walked out and said her district would not be back. "We will look at how we operate as a district and stay away from the national politics until we're ready to go back."

Asked whether she was abandoning the national body, she said: "We're staying away from the national meeting. We'll still work with other districts where we want to, but at this stage we'll focus on our own district and stay away from national politics."

That decision was a surprise to the new chairperson. Sir Taihakurei said he thought she was just abandoning the meeting "for the moment".

"I didn't understand that she was walking in a permanent way, and I'm disappointed that that's the case."

Sir Taihakurei said members abandoning the council showed it had a "discipline problem".

Mr Paul was not surprised members had walked away, and acknowledged there was a rift between him and Sir Taihakurei.

"We both made a commitment to work together, and then he broke it. I said to him 'you have broken it, the co-chairpersonship is not working, we need to get an election going'. And he agreed that we should do that in February. We had our meeting in February, they boycotted it, and we didn't have the number."

Following a court procedure taken by Sir Taihakurei earlier this year, which questioned the lawfulness of a meeting Mr Paul called after the vote at the weekend, it was now Maanu Paul who had gone to the courts.

Ms Mark-Shadbolt said she could not back either camp for this very reason.

"I just think right now, given the conflict between the two, and between the two factions, that neither of them should be leading the Council. Because what we need right now is someone to get out policies and processes, and get our finances under control so that we have a future."

The result of the current court action is expected to be heard in court next month. The districts of the Māori council will remain split until then, but - as Sir Taihakurei said - unity within Māori sometimes was too much of an expectation.