An "iwi vs Kiwi" campaign has been rolled out again, this time by a Whangarei-based research group concerned with freshwater ownership. 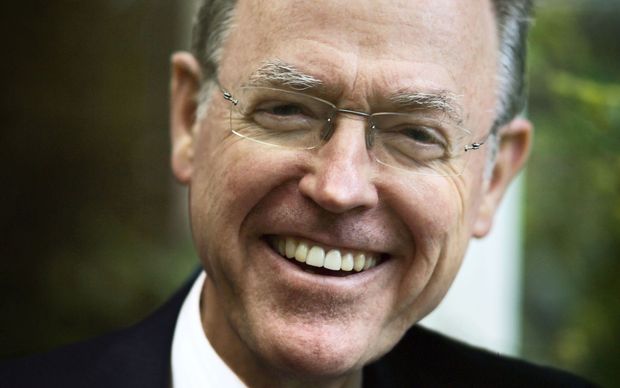 The slogan is not a new one and neither is the man fronting the campaign.

Former ACT and National Party leader Don Brash, the man who delivered the controversial Orewa speech in 2004, arguing against special status for Māori, is back.

This time, through the New Zealand Centre for Political Research, he is telling New Zealanders to be fearful of iwi and their plans for water.

"Every New Zealander no matter when their ancestors arrived in New Zealand have a strong interest in the quality of water and we totally support that, there shouldn't be any involvement in that decision making for people who have one particular ethnicity."

The group, led by former ACT MP Muriel Newman, claims the government is planning to give away control of lakes and rivers to Iwi.

The campaign warns readers that it is only a matter of time before iwi begin demanding a royalty each time the tap is turned on.

The "iwi vs Kiwi" slogan has previously been slammed for being divisive, but Dr Brash said it was not his group that was dividing people.

"It's the government perpetuating this; it's the government saying people with Māori ancestry should have some special right to control the decision-making about water, and all we're saying is it's totally contrary to everything New Zealand stands for."

Willie Te Aho is the lead technician for the Freshwater Iwi Leadership Group, which wants discussions with government over co-ownership and co-management of freshwater.

Mr Te Aho said it was not about race but it was about rights, with the group aiming to work through issues of water allocation and ensure the health of rivers and lakes.

"We're very focused on ensuring the quality we want reflected is better than what we have today.

"What our people are saying is, look we could eat food from this water, we can't now - we want the quality of this water to be such that we're able to partake of the food which is in this water body."

Mr Te Aho said the group had been in discussions with government for some time and had been given a number of undertakings.

"We're pretty keen as responsible treaty partners to work through this as best we can and, if we can't get an outcome that our people are satisfied [with], then, and only then, return to the court."

The government is calling for submissions on the management of freshwater and the date for them closes later this month.