Men work quickly in the rain hoisting colourful tents in front of the wharenui at Hiruharama Marae.

Women dressed in black huddle together under blankets in the marae's small porch.

The rain falls lightly as four-wheel drives pull up at the gate, and those tasked with running the marae prepare for the tangihanga of broadcaster and author Whairiri Ngata.

Meanwhile, a convoy of cars is travelling from Auckland with Mr Ngata's family to take him onto his marae, near Ruatoria on the East Coast. 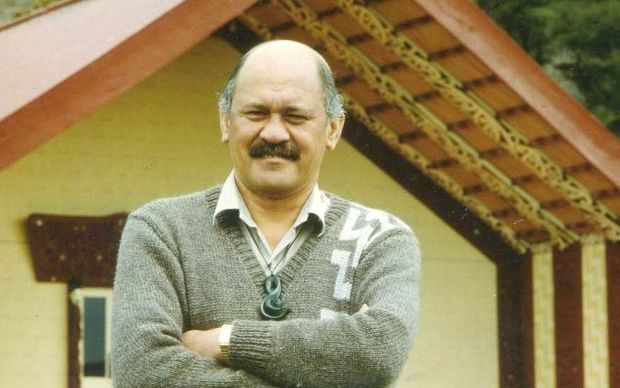 Mr Ngata, who was 74 and of Ngāti Porou and Te Whānau-ā-Apanu, died on Sunday.

He worked as a journalist for more than 40 years, including at TVNZ and Radio New Zealand.

He was also the author of the Ngata Māori dictionary, which has been described as a taonga for language learners of past, present and future generations. 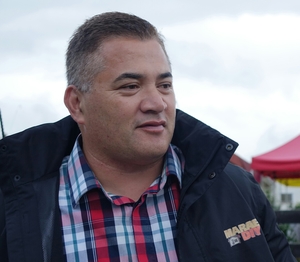 Former Māori broadcaster Te Anga Nathan has travelled to Hiruharama Marae from Te Awamutu, where he is the senior communications manager for Te Wananga o Aotearoa.

Mr Nathan worked with Mr Ngata during the '90s, and said he was the "godfather of Māori broadcasting".

When someone such as Mr Ngata passed away, you had to get in your car and drive, he said.

He was here representing the wananga, and also because he wanted to acknowledge a man who blazed a trail for Māori broadcasting practitioners, he said.

As more cars arrived, umbrellas appeared from the doors to offer shelter from the rain, which was now steady.

Mr Ngata was also the great-grandson of Sir Apirana Ngata, and the Ngata family name is a prominent one in the small settlement of Ruatoria.

Hiruharama Marae is Whai Ngata's mother's marae - his father's is just down the road - but it will be this marae that houses him for his last days.

He has been remembered as a strong leader, a guiding hand for many who worked under him.

Many of those former colleagues were expected to arrive tonight, to accompany their former leader one last time. 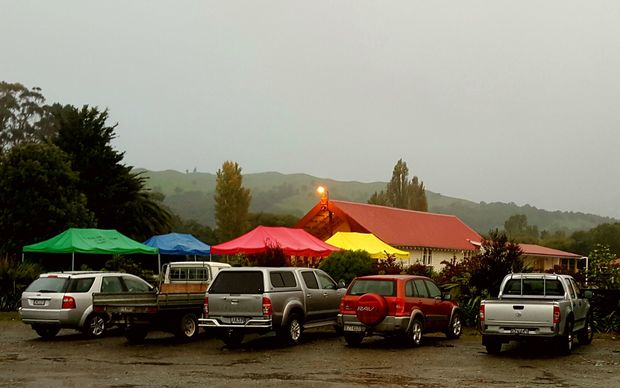