The Waitangi Tribunal is hearing claims from Northland Māori war veterans and their families at historic Otiria Marae near Kaikohe. 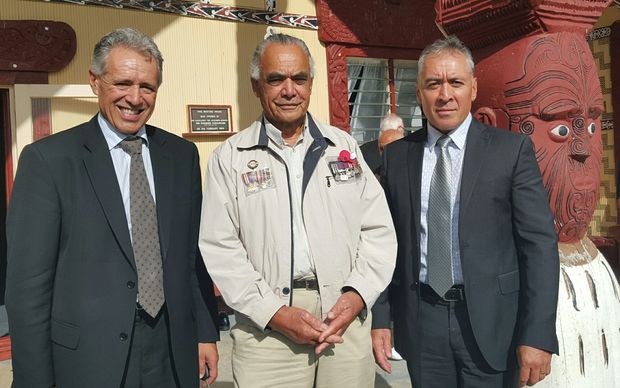 The hearing is the third in the tribunal's ongoing inquiry into the impact of war on Māori.

The veterans have said, while war took a terrible toll on all who fought, the consequences for Māori were disastrous. 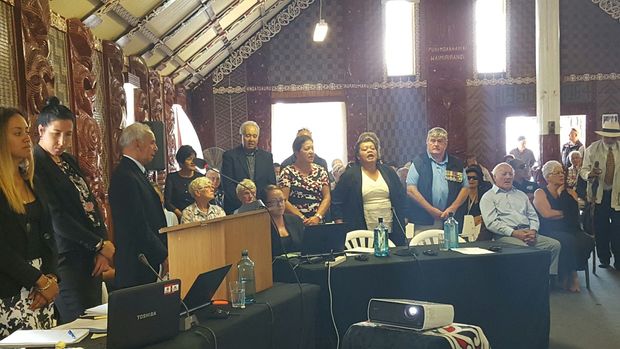 Veterans and their whanau - including Major Rihari Shepherd, who can be seen standing to the left of the room Photo: RNZ/Lois Williams

Evidence to be heard this week was expected to include the stories of men who went to war healthy and sober and returned traumatised - drinking, smoking and violent.

The veterans said many returned to find their ancestral land had been taken by the Crown and given in resettlement schemes to Pākehā soldiers.

Today, one Māori war veteran made an emotional plea for the government to repatriate the remains of soldiers killed overseas in places like Malaysia.

Major Rihari Shepherd, who served in Malaysia and Vietnam, said about 60 soldiers were buried in Asian countries in cemeteries that were in some cases neglected and full of rubbish.

He said, if the government spent $20 million or so to change a flag, it should be able to afford to honour those who died fighting under it.

Major Shepherd said he understood the Australian government was preparing to repatriate a number of its war dead, and New Zealand should do the same.