The Māori King Movement has concerns about a Trade Me auction which claims to be selling an authentic taiaha belonging to the second Māori King Tāwhiao. 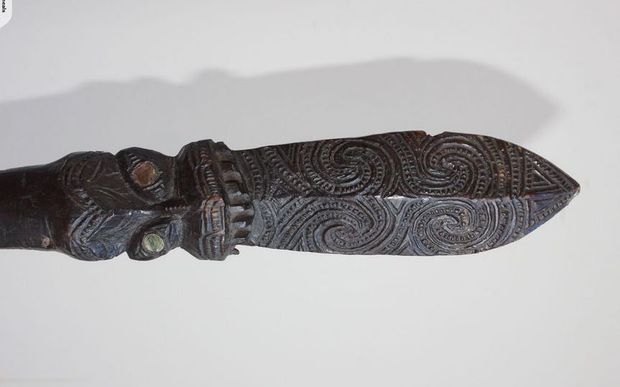 The taiaha, which the seller claims was once owned by the second Māori King Tāwhiao, is being auctioned on Trade Me. Photo: TRADE ME

The seller claimed the taiaha was gifted to a dignitary before King Tāwhiao's death in 1894 and had been displayed in auction houses overseas. 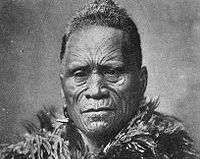 King Movement spokesman Rahui Papa was sceptical and said in the past sellers had used king's names.

The seller claimed the taiaha had been held in major tribal collections of both Morris Pinto and Robert Duperrier in Paris before being sold by Bonhams auction house in Los Angeles.

Mr Papa said he had not been able to confirm that claim.

"We've had a look at the picture on the website and we can't tell, and we haven't had the opportunity to delve into the provenance."

Mr Papa said the Kīngitanga takes great care looking after historic treasures and they had a good idea of where their taonga were.

"Of course Tāwhiao had many taonga and we believe we have Tāwhiao's taiaha at Mahinārangi (meeting house)," he said. 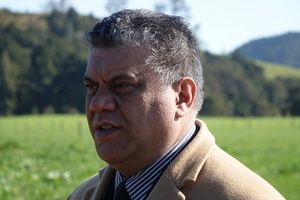 In December last year the privately owned British auction house Bonhams offered the same taiaha in an African and Oceanic auction. It was described as Tāwhiao's long club and had a price range of $NZ6000 to $9000.

RNZ News contacted the auction house but it has not yet responded.

Te Papa said it would not comment on pre-auction sales.

The taiaha was thought to be covered by an Act called Taonga Tūturu which was administered by the Department of Culture and Heritage.

Once a buyer became a registered collector they could only buy from privately owned collections and there was an obligation to make artifacts available for examination.

Mr Papa said the King Movement had always had its own specialised carvers and they'd like an opportunity to verify the taiaha.

"Whaikairo (carvings) have their own story, those are our pukapuka (books) or manuscripts I suppose."

RNZ News contacted the seller of the taiaha who was yet to respond.

Many people watching the auction on Trade Me and other social media forums had expressed concern about the auction, with some saying it should be offered back to the iwi first and foremost.

Mr Papa said if the taiaha was in fact one of King Tāwhiao's he would 'd like an opportunity to corroborate its authenticity.