Northland iwi want a stronger say about where and when bodies are buried at sea.

The Environment Protection Authority, which has control over burials more than 12 nautical miles from shore, authorised five locations where bodies could be buried when it took over the consent process from Maritime New Zealand in October. 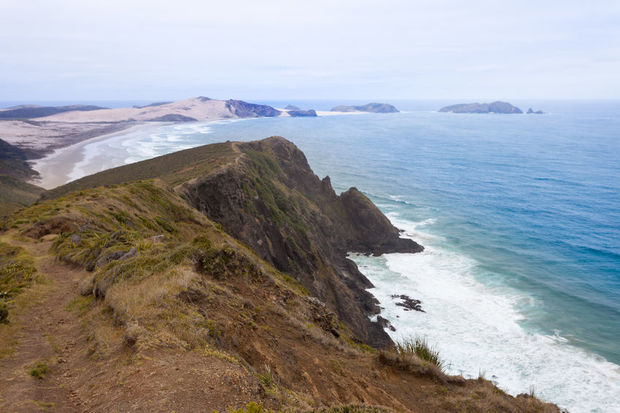 The areas were chosen primarily because they were zones where munitions and the hulks of ships and other material had already been dumped, EPA exclusive economic zone compliance manager Matthew Dean said.

Under the law, iwi would be notified once permission had been granted for a burial to take place.

One of the areas was up North, in the rohe of Ngāti Kahu.

Chief executive of Te Runanga-a-Iwi o Ngāti Kahu Anahera Herbert-Graves said it had not been consulted about the burial locations.

"They have not approached the iwi or the hapū at all."

The EPA met with several iwi in September and October 2015, just before the zones were announced, and listed Ngāti Kahu as one of those it engaged with.

Ms Herbert-Graves believed the iwi had been added to the list to make it look good.

"The EPA has no authority to issue any consents for anything in the rohe of our hapū without the expressed consent of the hapū."

She said a personal choice to bury someone at sea did not override hapū authority.

"Be forewarned and be forearmed, you cannot bury your tūpāpaku [dead] in our food baskets."

Ngāti Wai did meet with the authority, but resource management unit manager Clive Stone said he had not been satisfied with the hui.

The EPA had already developed the policy and locations when they met, he said.

"It was like the cart was before the horse."

The iwi ideally wanted more than just a heads-up, and hoped the sea burials would be controlled, Mr Stone said.

"Our mana comes from the sea. If people are going out and doing deep-water fishing, it would be horrific if they pulled out a tūpāpaku or something."

The authority's Matthew Dean said caskets had been designed to sink immediately to the sea bed.

"There is very little light, it is cold and it is under a tremendous amount of pressure, so we would expect that the casket and the body would decompose in time."

EPA general manager Māori Doug Jones said it was looking at making the locations wāhi tapu [sacred sites], so it would be clear to everyone what happened there.

"Once someone passes away you have only got a short amount of time to process this stuff which is why notification was a good way of going about it."

Mr Jones said the legislation had come into place years ago and there had been widespread consultation at the time with all stakeholders to notify iwi.

"The pragmatic way forward was to work out how we could make the places wāhi tapu because that would support that short time frame." he said.

Since taking over the consent process last October, the EPA had yet to handle an application to bury a body at sea but said it was poised to do so.

Regional councils have the power to authorise sea burials within 12 nautical miles of the coast but Local Government New Zealand said it rarely, if ever, processed requests and most burials happened within the EPA's jurisdiction.

Fewer than three sea burials have taken place each year.