Applications open today for a $12.8 million government fund intended to improve the use of Māori land.

But some say it is just a sweetener to persuade Māori landowners to support proposed changes to Māori land laws.

Owners and trustees who want to make more money from their Māori land can apply to the new Whenua Māori Fund for a boost. 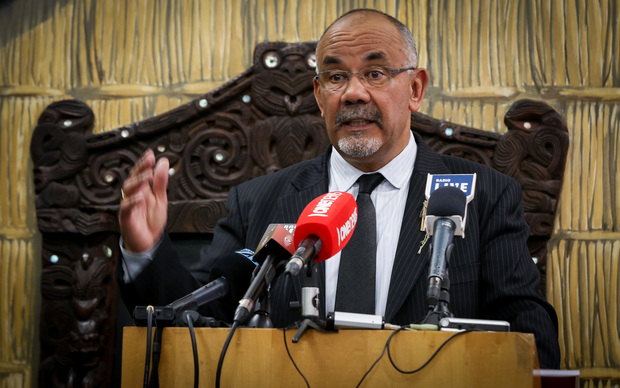 With up to 80 percent of Māori land considered to be underperforming, Māori Development Minister Te Ururoa Flavell said the fund was well worth the money.

"The real focus is about giving support to those who want to improve returns for the benefit of their owners.

"A little focus towards the pre-commercial activity, such as helping owners find out what their land is suitable for, business planning, and looking at constraints on the land at the moment," he said.

Pukahukiwi Kaokaoroa Incorporation, which is part of a joint-venture dairy company, has 14,000 hectares in Rotorua.

Trustee Te Taru White said it had been considering alternative options for its land and was pleased with the new fund.

"Currently, we are an agribusiness operation and, you know, with pressures of the dairy industry, this enables us to have another look at our land, track several options that we are considering and apply for funds to do any necessary due diligence on those options. Which is really great."

It was hoped the new funding would help the development of land in places like Northland, East Coast, Bay of Plenty, Manawatū and Whanganui.

The launch of the fund comes as public hui on proposed Māori land reforms wrap up.

The timing raised questions for land owner Marise Lant, who did not think consultation on the reforms had been good enough.

"It is just ironic that they happen to move at the same time the bill is so controversially under scrutiny.

"It is nothing more than just a token gesture being handed out as a carrot to persuade Māori landowners," she said.

A Waitangi Tribunal report on the review of Te Ture Whenua Māori Act 1993 is due to be released early next month, just weeks before the amended legislation is due to be introduced to Parliament.

Labour MP Meka Whaitiri said that did not leave a lot of time to properly consider the tribunal's findings.

"I am not too sure whether he will be able to properly analyse it in the two weeks before he brings in his own bill."

While Ms Whaitiri supported investment into Māori land, she did not think the fund went far enough.

"It is a bit of a distraction from what the real kaupapa is, which is the changes to Te Ture Whenua," Ms Whaitiri said.

But Mr Flavell believed he would have enough time to consider the report, and said the fund was not part of the reform of Ture Whenua.

"It does compliment, of course, the work we are trying to do.

"It very much responds to calls from land owners that we have had in respect of the consultation that we have done over a period of time for greater assistance to Māori land owners."

Once the tweaked Ture Whenua Maori Bill hits the floor, it will go through a select committee process where further submissions and hearings will take place.