New rules restricting all-boys high schools from performing with poi in a national kapa haka competition will be reconsidered if the majority of regions that voted in favour of the change want that. 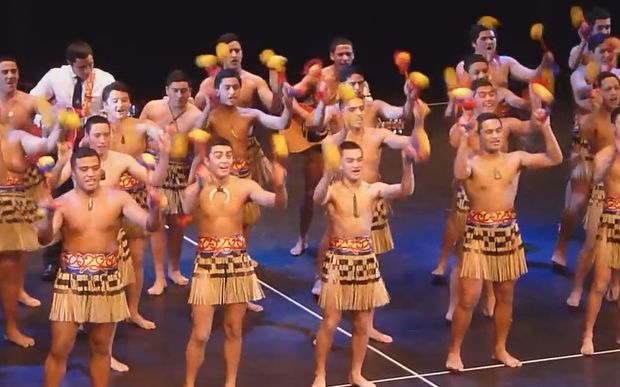 Iwi leader Willie Te Aho, on behalf of the National Secondary Schools kapa haka organising committee, said the rule changes were unanimously passed at a board meeting where 14 rohe were represented on Saturday.

He said that if eight of the 14 rohe (regions) came back and wanted the decision reconsidered, then it would be reconsidered.

"Ultimately this is a board with 14 rohe represented and if the majority of those rohe say 'hey we need to rethink this, we need to go back to the drawing board' then this is absolutely what will be done."

But some schools are feeling ripped off by the new rules.

The schools have been told they must substitute the poi - a once compulsory component for the national competition - with Mau Rakau.

Mau Rakau is a Maori martial art which includes weaponary using the taiaha, patu and mere.

The announcement was made by the national committee for the Kapa Haka Kura Tuarua Society Incorporated, just five months out from the secondary school nationals in Hawke's Bay in July.

Hastings Boys' High School kapa haka tutor Chance Vlaardinger-Broek said the change would have a significant impact on them.

"I'm pretty annoyed at heaps of levels, just annoyed with the way they went about it and the actual rule itself.

"We have been practising for three years to get their poi skill level up to scratch - then for them to change the rule now, this close to the competition, is very unfortunate for us."

Mr Vlaardinger-Broek said it was a disadvantage for single-sex schools and questioned how the poi could be compared to, or marked, against the Mau Rakau.

The school's principal Rob Sturch said the school felt penalised by the changes.

"It was delightful for us to make the national stage this year and being hosted in Hawke's Bay, it was a fantastic privilege for our boys to be on the national spotlight.

"When our boys do the poi it is just fantastic, it is one of the most delightful parts of the boys' performance and to make a change this close... is a little disappointing."

Willie Te Aho said some boys schools were advocating for the change because they were forced to join up with girls schools so the poi could be done.

He said he knew there had been some criticism of the decision, but it was a board that represented 14 rohe which voted in its favour.

But Hato Paora College principal Debi Marshall-Lobb said the announcement had thrown its kapa haka group off their game.

"They are reeling somewhat... It has distracted them."

The poi was a strength of the boys at Hato Paora because it was part of the history of the people of the rohe (area), she said.

"I was totally gobsmacked when I read the rules. I wasn't expecting to see something of that magnitude.

"I knew instantly, the moment I read Rule 5.1, that it was going to have significant impact on us as Hato Paora, to the point where it would make us non-competitive on the national stage."

She said the rule was sexist and reinforced gender stereotypes, however that was disputed by Mr Te Aho, who said that was not the view of the national committee.

One father of a Year 12 student at Hato Paora said he had spoken to the school about the changes and they were considering legal action.

Urban Maori leader John Tamihere, whose son attends Hato Paora, said the new rule discriminated against his son's all male group and they might as well not enter.

Social media pages have been full of discussion on the issue, with most people agreeing the decision was sexist and a step backwards.

In the absence of any reason from the organising committee for the change, the responses online are laden with frustration and disbelief.

Many groups have already planned their performances and single sex schools would now have to alter the sets.

Mr Tamihere said there was a history to the male poi.

"Now in terms of tikanga right, and I can only talk for Ngati Porou, poi is used by men on the way up during weaponry training for flexibility and other things."

The tutor of adult kapa haka group Te Matarae I Orehu, Wetini Mitai-Ngatai, agreed the new rule played into the idea that men needed to be staunch.

Traditionally men did the poi to strengthen their wrists for battle therefore the change was not driven by traditions (tikanga), he said.

Cultural expert Sir Pita Sharples said only women did the poi in the 1970s, when the adult kapa haka competition, Te Matatini, started.

That did not last, however, and boys should not be barred from doing the poi today, he said.

"To suddenly bring a new rule in now with only five months is not good."

Mr Sharples said it was leaving some kura (schools) in the lurch.

"There is only a few people who really know about taiaha and it is unfair to expect schools to get a good taiaha tutor at such short notice."

The Kapa Haka Kura Tuarua Society national committee said the schools could choose to protest the rules and continue to perform their poi onstage but it would not be marked.

Both Hastings Boys' High and Hato Paora were tight-lipped about what they would perform when they took the stage at the Pettigrew Arena in Hawke's Bay in July. 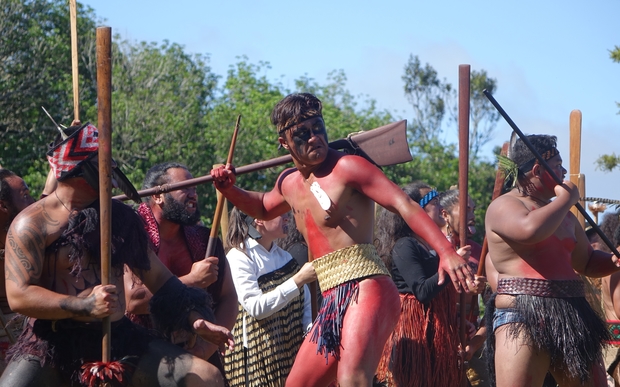