Two Ngāi Tahu mothers have published their own Māori language books for children. 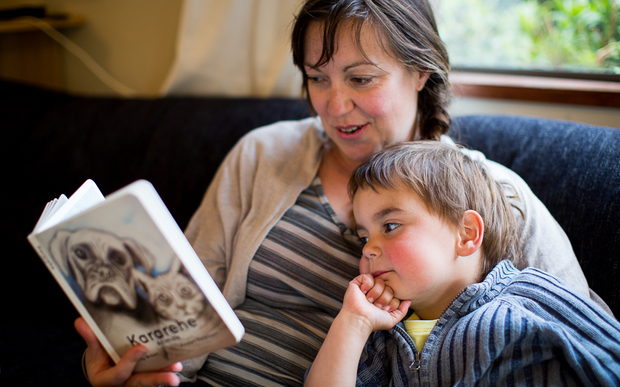 Kitty Brown reads one of the books she published with cousin Kirsten Parkinson. Photo: SUPPLIED

After having children of their own, Kitty Brown and Kirsten Parkinson were looking for resources so they could learn to speak te reo Māori with their kids.

"In the libraries and shops there was a limited amount of basic te reo bilingual books that we could access and we thought there was room for more," Mrs Parkinson said.

Over a cup of coffee three years ago, the Dunedin-based cousins decided to create their own books.

Mrs Brown authored the books while Mrs Parkinson, an artist, illustrated them. 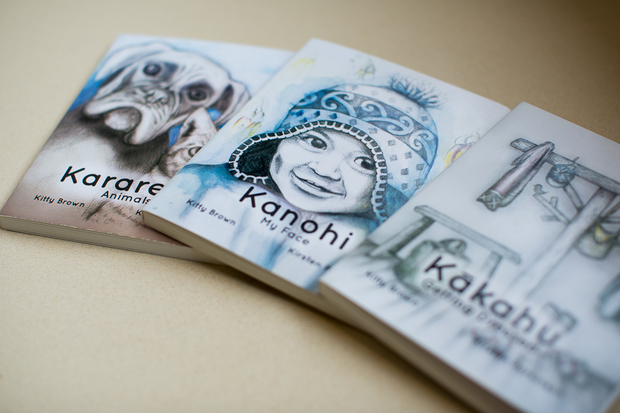 "We wanted to have text that was appropriate for us as learners and our toddlers, so it was really important for us to have something simple, short with repetitive sentences, and also language that we would realistically use on a daily basis," Mrs Parkinson said.

Ngāi Tahu parents will receive the books as part of the iwi's pēpi packs but books have been selling well online through Reo Pēpi's website.