Bay of Plenty tribe Tūhoe have commemorated Armistice Day for the first time, at Rewarewa Marae in Ruatoki. 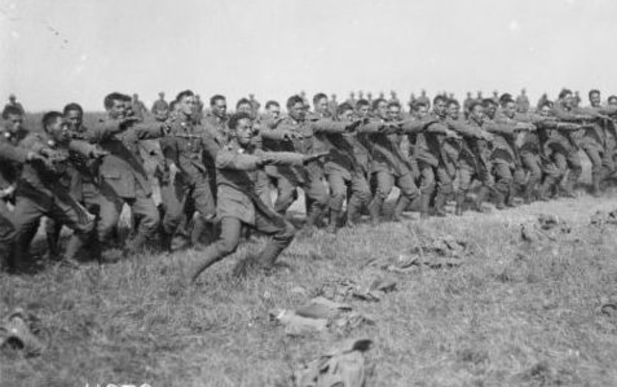 Today marks the 97th anniversary of the signing of the treaty that ended World War I. 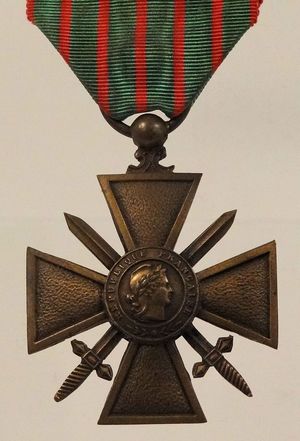 At the 11th hour of the 11th day of the 11th month of 1918, the armistice was signed by the Allies and the German forces.

Te Rohe Pōtae o Tūhoe enlisted 75 men and 56 served overseas, including six men who were Pākehā but part of Tūhoe whānau and communities.

As part of the commemorations, the whānau of Rifleman Puia Tamehana was given a replica of the Croix De Guerre - a French military decoration awarded to Mr Tamehana in 1917 for conspicuous bravery in the field at Flanders, Belgium.

A replica of the Military Medal awarded to Private Pa Te Amo in 1917 was also presented to his descendants.

Private Te Amo was awarded the medal for gallantry in the field following the battle for the Passchendaele Ridge.

Dr Elisabeth Jacobs, the Honorary Consul of the Belgian Consulate, and Olivier Schillé, General Representative of Le Souvenir Français for New Zealand, both attended the commemorations and presented the families of the fallen soldiers with replica medals.

The RSA placed 75 white crosses on the marae ātea (courtyard), each with the name of a Tūhoe soldier who had enlisted. 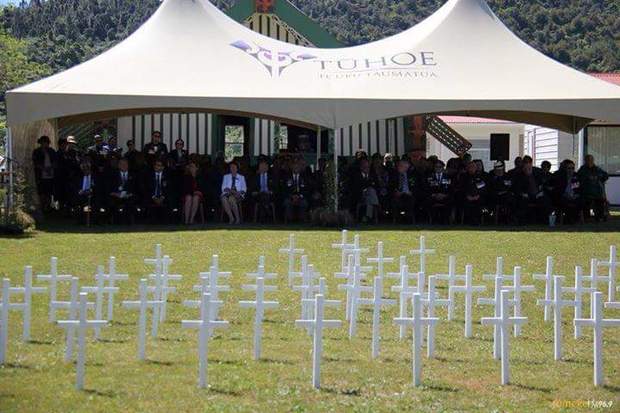 Each of the 75 crosses represents a Tuhoe soldier who enlisted. Photo: Supplied/Tumeke FM

"This is an awakening call for the community," Mr Waaka said.

"Some people cried when they saw the names of their ancestors, they had forgotten about them, not meaning to." 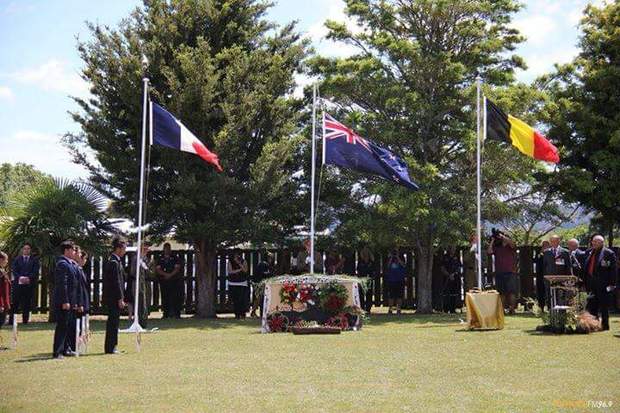 The French, New Zealand and Belgian flags at Rewarewa Marae to commemorate the first Armistice Day in the Tuhoe rohe. Photo: Supplied/Tumeke FM

The Ruatoki branch of the RSA commissioned and raised replica flags of the Māori Contingent and the King's Colour awarded to the Pioneers by King George V in 1919.

Memorials held in Auckland and Wellington

About 100 people marked the occasion at Pukeahu National War Memorial Park in Wellington, where ferns were placed on the Tomb of the Unknown Warrior.

In Auckland, about 200 military personnel and members of the public marked the occasion at the War Memorial Museum. 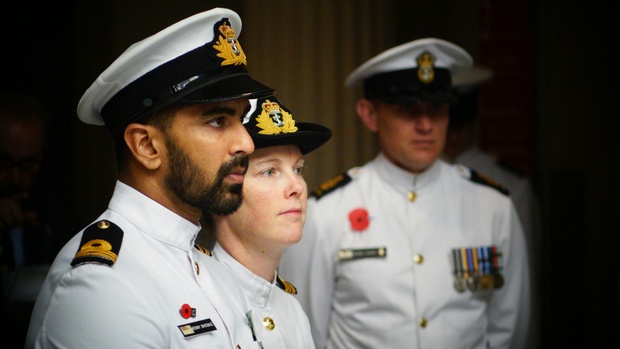 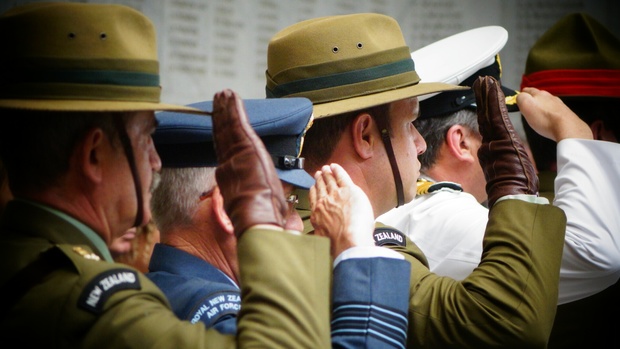 Members of the NZDF salute at the commemorations in Auckland. Photo: RNZ/Kim Baker-Wilson 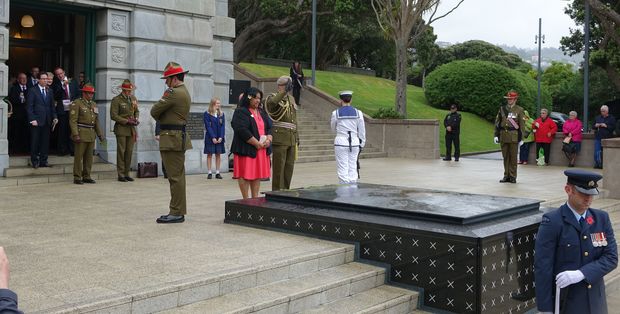 People gathered at the tomb of the Unknown Warrior in Wellington on Armistice Day, 2015. Photo: RNZ/Tiana Barns