Senior Maori figures are questioning the relevance of the Maori Land Court, 150 years since it was created.

Politicians will commemorate the anniversary at an event at the Beehive today, hosted by the Maori Development Minister Te Ururoa Flavell.

The Native Land Court opened in 1865 to convert the land to titles that could be recognised by English law.

In an interview in 1989, then-Chief Judge of the Maori Land Court Eddie Durie said land went from being held by a tribe to being owned by individuals.

"We did a rather good job in that time of wrecking the Maori customary ownership of land. I think in hindsight, it was a very bad thing." 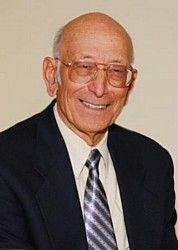 Since the court was created, Maori freehold land has gone from making up more than 80 percent of New Zealand to about 5 percent.

Maori academic Dr Ranginui Walker said the Native Land Court was a disaster, and had been dubbed the 'engine of destruction'.

"It was a matter of divide and conquer."

He said once individual title was awarded, Crown land purchasing officers would come in and persuade owners to sell the land without consulting the wider tribe.

One of the rules Dr Walker referred to was that Maori title had to have 10 owners listed, no matter the size of the land or how many people had claim to it.

By 1890, four million acres were confiscated by the Crown and native land laws saw a further eight million acres pass into European hands.

Former Maori Affairs Minister Dover Samuels said the 150th anniversary was not a cause for celebration. 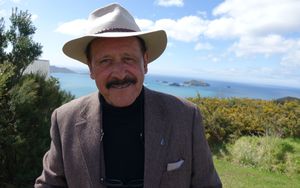 "If we trace back and you have a look really at the contribution of the Maori Land Court in terms of the preservation of that kaupapa and whenua tuku iho, very clearly they have got a lot to answer for."

With an average of 85 owners per Maori freehold land title today, the court keeps busy granting permission to develop and sell the land and resolve disputes.

Its future role rests in Maori land reforms which are underway.

Mr Samuels has had to deal with the court about his land in Matauri Bay, and said it was very patronising.

"Every time you want to do something you've got to go to the Maori land court. It's like The Days of Our Lives when you go there."

The Maori Land Court was no longer relevant and needed to go, he said.

Dr Ranginui Walker had his doubts about its future too.

'It's hard to know whether it's worthwhile continuing the Maori Land Court.

"There may come a time after all the treaty settlements are done and dusted, that they could put the Maori land court to sleep."

Their submissions will be considered in a Waitangi Tribunal hearing being held this week, despite the Crown trying to block them.