One of the few remaining Maori boarding schools, Te Aute College in Hawkes' Bay, is making plans for a multi-million dollar cash injection by the local iwi. 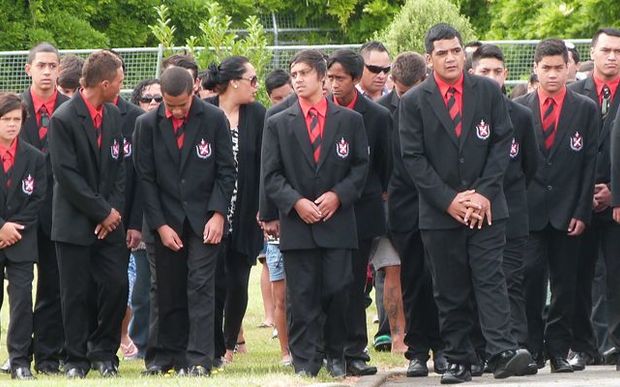 It's a ray of hope in an otherwise dark time for Maori boarding schools, with one facing full closure and another axing its hostels.

Sir Apirana Ngata, Sir Pita Sharples and Piri Weepu are some of the many Maori figures who attended Te Aute College, which opened in 1854.

The boys' boarding school is soon to be at least $5 million richer, with a cash injection from the Heretaunga-Tamatea treaty settlement.

Te Aute College tumuaki Shane Hiha said the school community was over the moon about it.

"We've had these dreams about rebuilding an iconic school, not just one that is iconic, but one that is suitable for today's environment, modern learning environment, so that they can live in today's world and live comfortably."

Mr Hiha said he and some Board of Trustees members wanted the Ministry of Education and the Anglican Church to also invest $5m each, to grow the funding pool.

But a working party will decide what the next steps will be.

"We have a wharenui, and a part of that plan is to make that the centre pillar of our kura. So work the kura around our wharenui.

"We hope to use that money on revamping the kura. And upgrading what needs to be upgraded - our chapel, our wharenui and also maybe our hostel."

School principal Shane Hiha said it was important to invest in Maori boarding schools, which provided a strong cultural identity.

"That cultural identity is very strong within a Maori boarding school, and that stands them in good stead when they do leave school because they are able to walk in both worlds. They're able to go on the marae and participate, as well as go into businesses and participate."

The $5m cash boost came as Turakina Maori Girls' College was set to be closed and Hato Petera College announced its hostels wouldn't operate next year.

However, the future has not always been bright for Te Aute College either.

Mr Hiha said the Anglican Church had to step up in recent years to support it through financial difficulties, and to improve the school governance and environment.

"We feel for our other Maori boarding schools. I suppose the key to being successful is that getting everybody on board and rowing the waka in one direction."

If it wasn't for the Anglican Church supporting the school, it could have faced a similar fate to Turakina and Hato Petera, Mr Hiha said.

The land Te Aute College was built on was gifted to the Crown by local Maori.

Maori Party co-leader Marama Fox said she was pleased to see the iwi "put their money where their mouth is".

"They've said in previous years, 'Education has been poor for children in our area, and we want to secure a model of education that we believe works'. And they've done that by securing a settlement for them and I think that's a great model that possibly other iwi who have not yet settled might take the opportunity to do as well."

Mrs Fox welcomed the funding boost, during what she called a tragic set of events for other boarding schools.

The newly elected members of the Heretaunga-Tamatea Post Settlement Governance Entity would not comment, but will meet tonight to discuss a range of settlement matters.