Today marks 180 years since the signing of the Declaration of Independence of New Zealand, with the anniversary being celebrated on the Waitangi Treaty grounds for the first time. 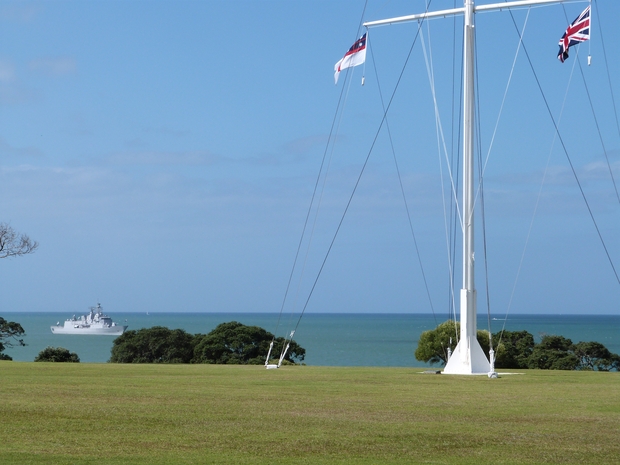 The flagpole at the Treaty grounds. Photo: RNZ

Dr Manuka Henare - an Associate Professor in Māori history who is part of the celebrations - will delivered a lecture in Te Whare Runanga meeting house on the Treaty grounds.

Te Whakaputanga o te Rangatira o Nu Tireni - or The Declaration of Independence of New Zealand - was first signed on 28 October 1835 by the Confederation of Chiefs in Waitangi.

Dr Henare said the Declaration of Independence may have preceded the Treaty of Waitangi, but was just as significant to our history.

Dr Henare said this was not the Māori view and it was also a misconception that the Declaration of Independence was only for Māori. He said it was very clear in the document's name - the use of "New Zealand" in English and Nu Tireni in Māori.

Kate Martin of the Waitangi National Trust said it was also significant to note who wrote the document.

Ms Martin hoped by celebrating this day they would be able to educate a wider audience.

"We're hoping to talk to the wider audience, not just the historians, scholars and Māori who have live with this for a very long time but to start the discussion in our local community and the wider community about what is does mean to us in the 21st century."

Dr Henare said it was important for people to respect the history and gain an understanding of the Declaration of Independence of New Zealand and the Treaty of Waitangi.