Ngāpuhi hapū fighting for the right to settle their own treaty claims have taken a step towards talks with the Crown.

A group of protesters - including members of Te Kotahitanga - took to the streets at the time of Tūhoronuku's appointment to carry out treaty negotiations on behalf of Ngāpuhi. Photo: TE KOTAHITANGA

Members of hapū alliance Te Kotahitanga accepted an invitation to meet Minister for Treaty Negotiations Chris Finlayson in Wellington last week and he has, for the first time, offered them funding to help resolve the iwi's bitter mandate dispute.

Hapū packed into Pehiaweri Marae near Whangarei yesterday for a report from Te Kotahitanga's leaders about their meeting with the minister.

Most hailed it as sign of progress in a long and painful process that has divided whanau and hapū throughout Te Tai Tokerau.

Until now the Crown has been funding and dealing only with Tūhoronuku, a board created by the Ngāpuhi runanga to settle the iwi's treaty claims.

But the Waitangi Tribunal last month upheld hapū claims that Tuhorunuku's mandate was deeply flawed and said negotiations should cease until those flaws were fixed.

Te Kotahitanga co-chair Pita Tipene said the Crown was at last listening to the hapū.

"It's always fallen on deaf ears, until now," he said. "[We] are just overjoyed that the minister has said he would engage with us, and we are now talking about how we might progress as one. Because Te Kotahitanga is fixed on a vision - of how we might improve circumstances for our people."

Mr Tipene said Te Kotahitanga was not seeking an alternative mandate to Tūhoronuku's, but its job had always been to support the efforts of hapū and groups of hapū to negotiate on their own behalf, and settle their own claims - which are still being heard by the Waitangi Tribunal.

The hapū alliance leaders have suggested to the minister that they set up a working group of seven - representing seven taiwhenua (districts) in the north - and the natural groupings of hapū within them.

The group would hold two meetings a week for the next four months, with the Crown and Tūhoronuku, to tackle the mandate flaws and remedies identified by the Waitangi Tribunal. 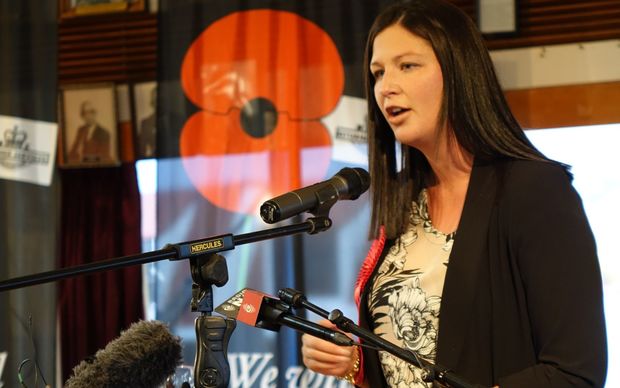 Mr Finlayson has praised the offer as helpful and constructive, and offered the group $106,000 to fund the work - small kumara compared to the several million it has pumped into Tūhoronuku.

But a Ngāti Hine leader, Willow-Jean Prime, said it was a good start.

She said the minister was also open to the tribunal's suggestion there could be several settlements within Ngāpuhi rather than one for the whole iwi.

"Up until this point we haven't had any choice," she said. "It's been forced on us - one particular model for a single settlement; the structure was defined for us; we had no control over that; the [tribunal] report flips all of that on its head."

One of the biggest sticking points in the mandate dispute has always been representation on Tūhoronuku.

Representatives (kaikorero) do not need the approval of their hapū to stand - and, once on the board, there is no way to eject them.

Claire Morgan, from the Hokianga taiwhenua, said she believed fixing the mandate would be impossible unless Tūhoronuku members who did not have hapū support were removed.

"In our own hapū, the person that's there was nominated by an old woman in Kaikohe, not a hapū hui. The hapū was clear: no, no, no. We've got many records of that. But the process allows one person to nominate another person and they are in. So that is not tikanga and it's fraudulent."

Hapū resentment of Tūhoronuku runs deep and hackles were rising at the hui at just the mention of the name.

But most seemed willing to give the peace talks a chance - including Whangaroa elder Owen Kingi, who was outspoken against any compromise earlier at the hui.

"This is the spring season - the time for planting," he said. "The time for building a new nest maybe. I think the nest has always been there, it's just a question of what sort of building materials have been used... and whose eggs are those?"

The hapū working group's first job will be to draw up its terms of engagement with the Crown and Tūhoronuku, and seek approval for those from the hapū.

Members will also update Māori Development Minister Te Ururoa Flavell today while he is in Northland for various other meetings.