Rangatahi from around the country are taking matters into their own hands and have joined forces to combat the high rate of Maori youth suicide. 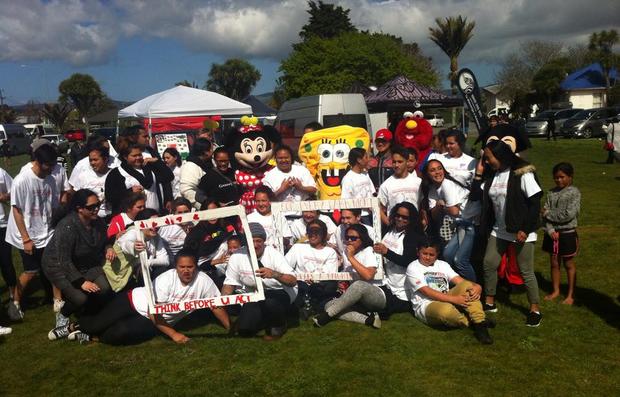 About 120 rangatahi gathered at Ratana Pā near Whanganui over the weekend for the first ever National Rangatahi Suicide Prevention Conference.

It is a personal cause for an organiser of the hui, Victoria University student Mauriora Tawaroa-Takiari of Whanganui, who lost a cousin to suicide a year ago.

"He was a massive influence to our people, to our rangatahi here. He was head boy. He was an amazing influence," she said.

The conference included workshops to understand suicide from different perspectives, including the takatāpui or gay community.

The aim was to create an indigenous-based suicide prevention tool kit for rangatahi. 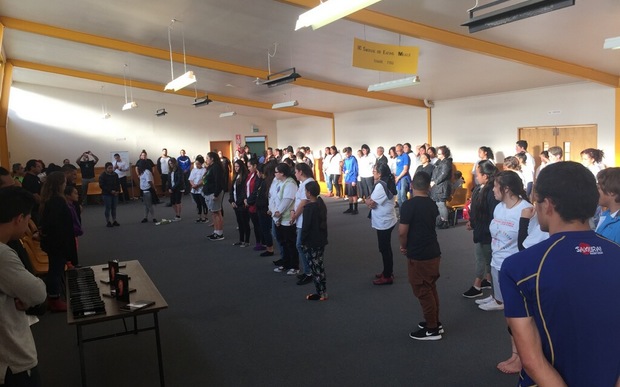 Participants also looked at using art to express their emotions and thoughts on suicide.

Miss Tawaroa-Takiari said the rangatahi quickly formed connections and networks, and came up with innovative ideas.

"Someone suggested to create a board game that could help their friends or help their whānau who are in that dark kind of space, to help bring them out.

"Their whakaaro [ideas] were so great and we really took them on board."

She said rangatahi expressed a need to feel close to their kuia and koroua, and to know that whānau and friends were there for them.

"It was a surprising experience. I wasn't expecting what happened," he said.

He said he learned different ways to help other people if they were having suicidal thoughts.

"Just giving them advice of what to do if they're going through a hard time. I could get into just talking to them, like really understanding their problem.

"It really makes me think twice when I look at people, you know, not to judge a book by its cover."

Sharing ideas and opening up

Te Rūnanga o Ngāti Pikiao suicide prevention project leader Michael Naera said the rangatahi were energised and it was great to see them lead the way.

"I believe that adults are making decisions about our rangatahi and yet the rangatahi are different genre, in terms of their own ways of thinking, their own youth culture.

"I think having their own ideas being put across at that hui is a fabulous way to start and develop a strategy for themselves."

The Kimiora Trust in Whanganui, which focuses on suicide prevention, helped run the hui.

The trust's chief executive, Kiritahi Firmin, who is also Mauriora's mother, said the rangatahi were helping remove the stigma of suicide.

"The courage that our rangatahi came with to talk about a kaupapa, a disease actually that affects our rangatahi so much, our people in general," she said.

"Suicide for our rangatahi is not a bad word anymore. It's not a tapu subject."

The hui has been deemed a success and, now, it is back to the drawing board to try to get organisations to mobilise the ideas put forward over the weekend.

If you or someone close to you needs help or someone to talk to, try these helplines. If it is an emergency, call 111.