A Northland group is issuing Māori passports, permits, consents and qualifications, saying it no longer recognises the authority of the Regional Council 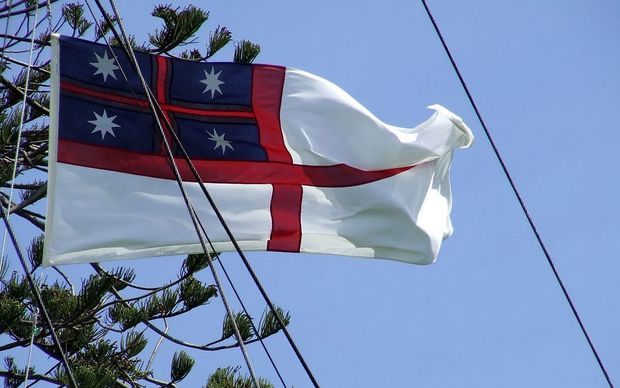 The group, whose letterhead displays the flag of the Declaration of Independence, recently sent a letter to the Northland Regional Council sacking it, thanking it for its efforts and saying it had done a miserable job.

Mr Samuels said, "They don't recognise the council juristication, they think the council is tauiwi - it has no powers over them - and they have no responsiblities to respond to any requests by the Northland Regional Council and, I would expect, other authorities."

He said they were distributing their own passports, driving licences and motor vehicle registrations. 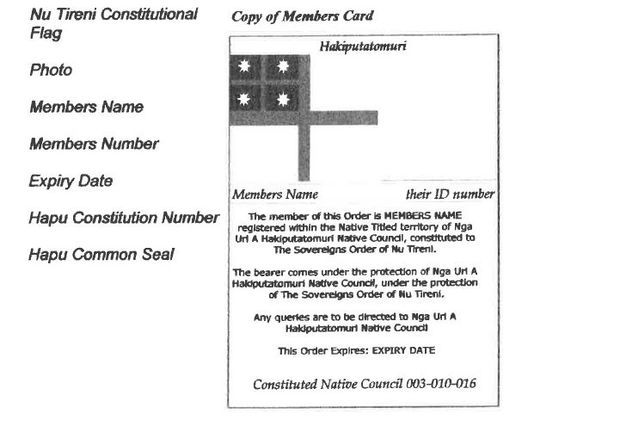 Members' cards for the group, as supplied to Radio New Zealand. Photo: Supplied

Mr Samuels said a Waitangi Tribunal report which looked into the meaning of the Declaration of Independence and the Treaty of Waitangi had strengthened Ngā Uri ā Hakiputatōmuri's position.

The report found Ngāpuhi Chiefs did not cede sovereignty to Britain.

Mr Samuels said some groups were using the finding as a means to justify their position that existing laws do not apply to them.

He said the Prime Minister needed to clearly state that the sovereign powers of the nation rested with Parliament and that the Waitangi Tribunal report was null and void.

He believed the Prime Minister would have some problems saying the Tribunal findings were not relevant, because many people, especially Ngāpuhi, recognise the mana of the Waitangi Tribunal.

But Mr Key had no problems voicing his opinion, and told reporters that he and Minister for Treaty Negotiations Chris Finlayson did not accept that position and that the Crown had sovereign right.

Last month, another Waitangi Tribunal report found the Government had entered into a treaty process with Tūhoronuku, a treaty group which was not fit to represent Ngāpuhi hapu.

It said the Crown must now halt its negotiations with the current treaty authority, Tūhoronuku to give Ngapuhi necessary breathing space to work through the issues it had identified.

The Tribunal said hapu should have the opportunity to pull out of Tūhoronuku if they wished, and be given support to form their own natural groupings to pursue settlement.

At the time, Ngāti Hine chair Waihoroi Shortland said the most important feature of the findings was that they upheld the rangatiratanga of the hapū, in line with the Tribunal's report last year that found Ngāpuhi hapū had not ceded their sovereignty when they signed Te Tiriti o Waitangi.

But the Prime Minister said, "While the Waitangi Tribunal is entitled to its view, in the end the Crown is sovereign."

The Waitangi Tribunal was set up as a permanent commission of inquiry in 1975, but is not a court of law.

Its findings are not binding and may be ignored by the Crown.