Supporters, staff and students of a Māori boarding school threatened with closure protested outside Parliament yesterday. 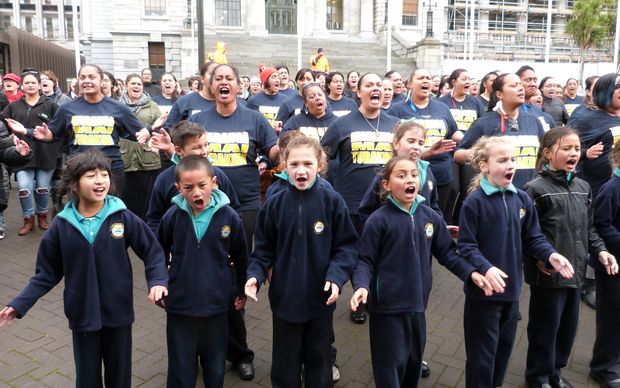 About 300 campaigners took part in what they said was a demonstration of why Turakina Māori Girls' College should stay open.

The powerful blow of a putaatara (conch shell) called the marchers together to walk up from the city to Parliament.

A moving haka was then performed as they arrived, led by the tāngi of a kuia.

The school's students, along with kuia, old girls, whānau and church leaders, got soaked outside Parliament in pouring rain but they were determined to show Minister of Education Hekia Parata why she should give the Marton kura another chance.

Campaigners handed over submissions to give to Ms Parata outlining strategies to address government concerns about its finances and other management issues.

Te Arihi Leaf, a Year 13 student and the school's head girl, said the pastoral care and education give rangatahi like her great opportunities.

She said it was because of Turakina she would be studying law at the University of Auckland. 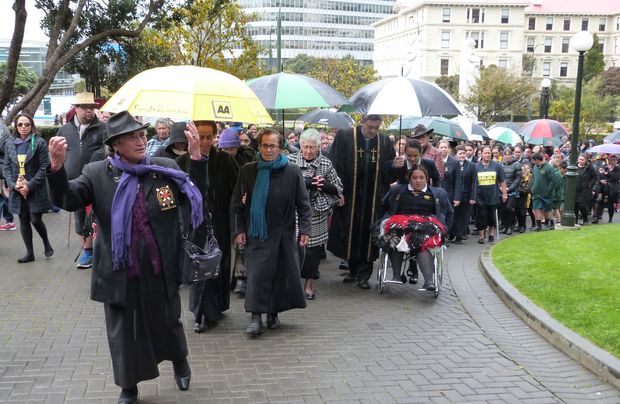 "One of the biggest accomplishments in my life, in my whānau as well, no one's ever finished school, no one's ever become the head girl of Turakina, no one's been to law school or thought of studying law, and that's what Turakina's done for me - it's made me a better person.

"I hope the school does stays open. Only for the sake of naughty kids becoming me, becoming the head girl, a lawyer, a doctor and that is what a boarding school produces, it produces a family."

Ngā Wāhine Tawhito o Turakina Ngā Hara Incorporated president Himaima Eichstaedt attended Turakina in the mid-1990s and is one of the event's organisers.

"It's showcasing 'this is our kura'. The old girls all the way down to the current girls, we're just showcasing our 110-year history, it's showing everyone what we are, who we are and why our kura should stay open."

Kuia and former principal Te Rangi Kauia Tipene-Stevenson said Māori women are strong but the school nurtured and encouraged that in their rangatahi.

"Women are the centre of the life force, if you may, and Turakina does the job of bringing that out, as do many of the Māori schools because they've both got the same force because they're Māori.

"Suddenly they don't have to fight anything else and they can just be them. Turakina builds on the strengths of those girls and gives them that belief that they can do anything.

Ms Parata said she would consider today's submissions before announcing an interim decision. 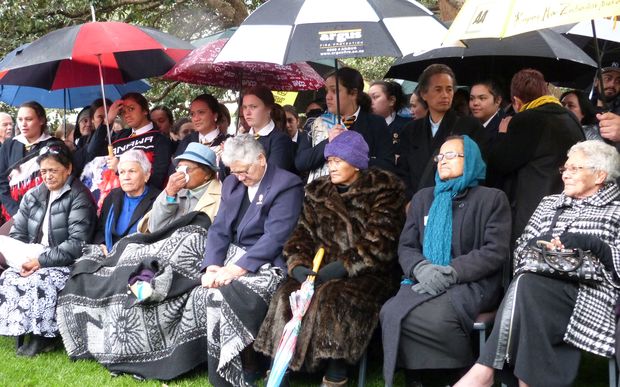