Christchurch's main theatre is to host its first ever fully te reo Māori play this month - a move its director says is an exciting development for the city. 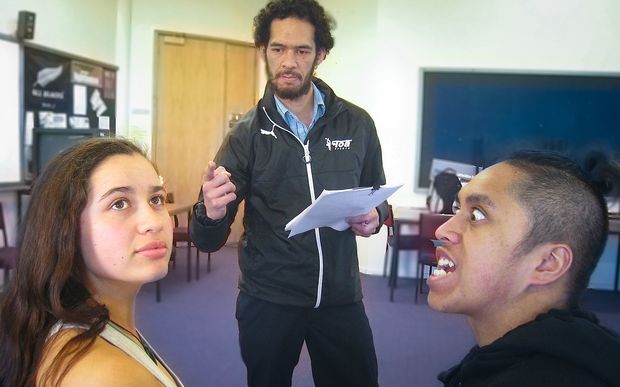 He Kura E Huna Ana writer and director Hōhepa Waitoa said staging the play at the Court Theatre was a significant milestone in the city's cultural history.

Mr Waitoa, the programme leader for the Christchurch Polytechnic Institute of Technology's Bachelor of Māori Language and Indigenous Studies, said the play was part of the Christchurch Arts Festival and would be performed solely in te reo.

"It's another area where we can see and hear te reo and tikanga Māori being performed and aslo being able to incorporate the diversity of language that we have down here in terms of te reo," he said.

Mr Waitoa said the play would help increase the profile of te reo in the rohe, and he hoped it would be the start of more plays in the language being performed at The Court Theatre.

"It's about the realities of life and choosing whether to face issues and overcome them or to run away," Mr Waitoa said.

"The play explores the theme that like pounamu, every person has a story, and everyone and everything has a beginning. The trouble is sometimes we forget, or maybe we don't always know where we come from, which leads to an often painful cultural and spiritual disconnect from ourselves, each other and society.

"I come from Gisborne and the East Cape, where Maori culture is very strong, and I just assumed everyone had a strong cultural connection but I've found that's not always the case. That's why we have some of the problems in society that we do, that disconnection with where we come from and who we are."

Court Theatre associate director Daniel Pengelly said he was proud to be working alongside Te Puna Wanaka, Maori theatre company Taki Rua and The Forge Development Season to support and develop the production.

"The Court Theatre is Canterbury's theatre and we are here to tell stories for, by and of Cantabrians. It is our honour and responsibility to help a full Te Reo story emerge in our space for the first time."

He Kura E Huna Ana will be performed from 8-10 September.