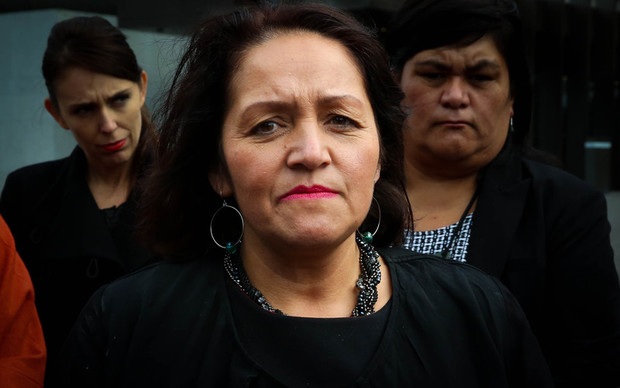 Mr Stewart was awarded a Queen's Service Medal (QSM) in June for his services to Māori and education.

He was Ruahapia Marae's representative on the Te Taiwhenua o Heretaunga board, and a trustee on the marae's committee since 1976.

Mr Stewart was also the chairman of St Joseph's Māori Girls' College Parent Teacher Association (PTA) from 1979 to 1982, and served on boards of trustees for several schools for 28 years.

Māori Party co-leader Marama Fox said he spent his life supporting rangatahi and passing on his love for Te Reo in a variety of roles around schools in Hastings and Napier.

"The whole of Ikaroa-Rāwhiti loves this man," said Mrs Fox.

"Success mattered to Matua Stewart; he saw the magic of mātauranga - education and schooling - as a foundation for improving the lives of Māori.

"When it became clear that Stewart may not have time to receive his QSM, we tried to have this honour presented to him prior to his passing. Sadly, this was not to be the case."

His whānau will receive the QSM on his behalf at a ceremony in September.

Mr Panapa has been an advocate for the role of education in improving the lives of Māori, putting himself through teachers training in his 1960s to further contribute in this area.

He has taught Te Reo Māori at various colleges around Hastings and Napier - most recently at Mangateretere School, since 2008.

Since 1948, he held various positions within the Waipatu Māori Catholic Club, including chairman, and was the current treasurer.

Mr Panapa was the vice-chairman of the Light House Trust from 2003 to 2005, which is a Napier-based organisation for psychiatric patients with a broad spectrum of mental health issues.

He was the chairman of the Community Organisation Grants Scheme from 1995 to 2004.

Mr Panapa established a community garden and delivered vegetables grown in the garden to families in the area.