A Te Ātiawa hapū says it is devastated that four rare yellow-flowering pōhutukawa have been cut down in Waitara. 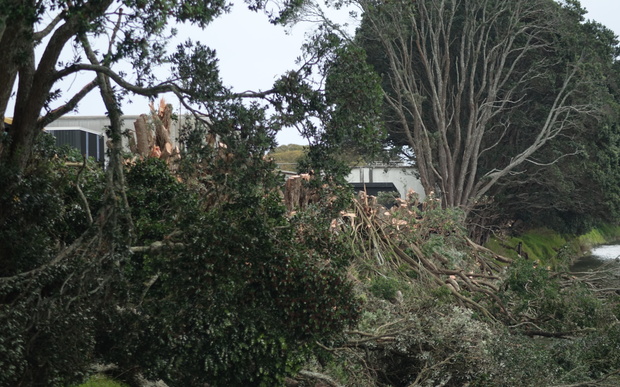 The trees were among 23 felled by the Taranaki Regional Council today to make way for a new $3 million flood protection scheme.

Ms Moore said she had tried to explain the obligation her hapū felt towards Ngāi Te Hapū but the council had not understood the trees' significance.

In a statement, the council's director of Operations, Stephen Hall, said it had consulted widely before felling the trees and had the clear support of the community including local hapū.