MPs have heard iwi don't want the Māori fisheries body to be abolished. 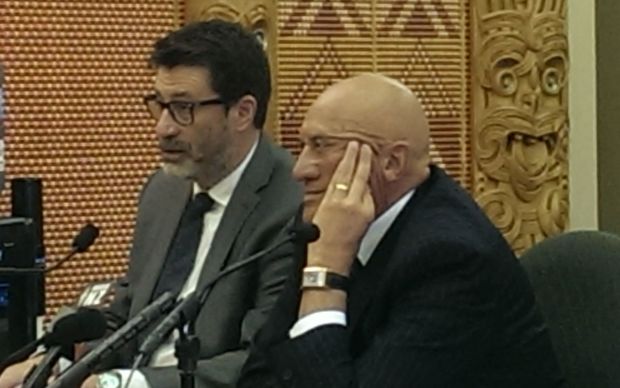 Their views are at odds with an independent report suggesting it should go.

It has been a while since the Government started shifting some of the fishing quota to Māori - 25 years, in fact.

Ngāi Tahu elder, Sir Tipene O'Regan, once described it as one of the greatest single asset transfers in New Zealand history.

By 1992 the Government honoured its obligations to Māori through the Māori Fisheries Settlement - dubbed the Sealord Deal - which led to Māori receiving quota and cash.

Now, there's a proposal to wind up the body safeguarding that allocation on behalf of tribes - Te Ohu Kaimoana.

Those recommendations are in a scheduled review done by barrister Tim Castle who said iwi have matured and are capable of being in control of the quota they own.

"One of the questions I had to consider was whether Iwi-Māori were ready to take direct control of the assets which are theirs. And I reached an unequivocal position in that regard - namely that iwi are ready," Mr Castle said.

"As we've travelled around the motu...there has never really been support for the dissolution of Te Ohu Kaimoana," said Mr Rei.

The decision on whether to abolish the body will be made by iwi but Matiu Rei said it won't be an easy one to make.

"They will have some difficulty...and I think that's what the value has been of Te Ohu sub-committee, or iwi working group, as they've looked at each of those recommendations.

"And they've given either a 'yes' or a tick or a 'no'. And when they think there is a 'no', they've tried to extract a response which would be favourable along the lines which the reviewer has said 'iwi knows best'."

Māori involvement in the fishing industry is huge: about 40 percent is owned or influenced by tāngata whenua.

Iwi own Aotearoa Fisheries, which controls half of the household brand, Sealord.

Ngāpuhi is one tribe that does not completely want to let go of the quota manager.

Chair of the iwi's runanga Sonny Tau - who is also the deputy chair of Te Ohu Kaimoana - said a smaller version of the organisation should be retained.

"We think that the two layers between iwi and Aotearoa Fisheries...those two layers of bureaucracy between that company and the iwi should be removed."

Iwi organisations will have their say on the future of Māori fisheries at a hui in Wellington on 4 June.