A Northland Maori elder and army veteran says the Prime Minister has no mandate to change the flag so many people fought and died under. 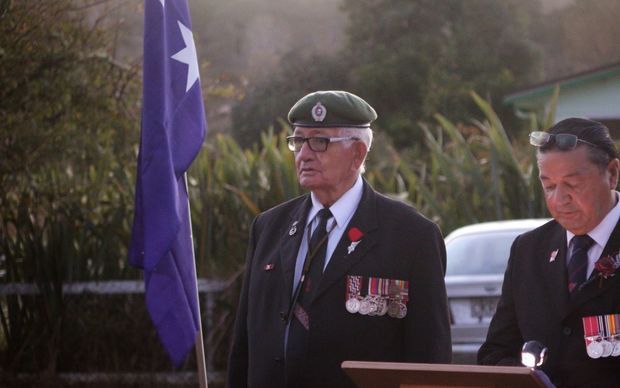 81-year-old Jim Te Tuhi, whose father fought in the First World War, referred to John Key as "that pony-tail puller" in an Anzac Day speech he made in Hokianga.

He said the Prime Minister's harrassment of a waitress was unacceptable -- and so is his flag proposal.

Mr Tuhi said that for a man of Mr Key's position and mana, it was stupid to repeatedly pull the woman's hair, and he should grow up.

He said Mr Key should ask people first if they mind having a new flag, before parading alternatives before them.