[s ] A life-sized sculpture unveiled at an Auckland marae is said to represent a challenge to descendants from a kaumatua, who has died.

A life-sized sculpture unveiled at an Auckland marae is said to represent a challenge to descendants from a kaumatua, who has died. 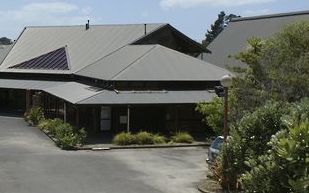 A ceremony for the bronze casting, entitled Te Wero, or challenge, was revealed at its new home, Awataha Marae, on the North Shore.

The late Arnold Manaaki Wilson, a local kaumatua, was the model for the sculpture by Lyndon Smith.

Mr Wilson said his father would always push the boundaries, and he believed that was the lesson for descendants to remember.

He said in the future, people must challenge all the things that they accept for the way they are - or perhaps not accept them.

Mr Wilson said the taonga represents the idea that people must remember to push the boundaries and accept that their role is to always strive for something better.

Mr Wilson said members of the pa were initially worried about holding the ceremony because of the cold, wet weather.

But he says once the prayers started the rain stopped and the temperature warmed up.

He said it was a tohu, and remembered how the rain stopped when his father recited a karakia or prayer.

Mr Wilson said his father's presence could be felt by not only marae members, but also non-Maori who attended the pre-dawn service.