Vice-chancellors say they are shocked by a big drop in the number of Māori who are making it into university.

After entrance standards were raised last year, the tāngata whenua pass rate plunged by about 20 percent from 2013 to 2014.

Universities New Zealand - Te Pōkai Tara - is worried by Qualifications Authority figures which show that in 2013, 70 percent of Year 13 students nationally gained UE, but that percentage fell to 40 percent for Māori in 2014.

The figures also show rural kura did even more poorly.

The organisation said the figures could have been a lot worse, but for the 16 percent overall who gained UE through catch-up credits or resubmissions over summer.

Mr Whelan said the organisation was especially worried by statistics that show almost a quarter of Māori dropping out of university in their first year.

"From speaking with high school colleagues and those in that realm on a couple of reviews that I've been on recently, that would be something to be looked at seriously. 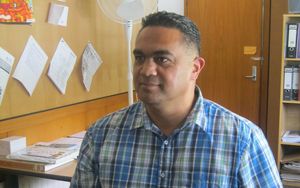 "That is quite a huge drop in percentages and it's not a blip on the radar, it's actually a huge cohort of people coming through, so I really do think there needs to be a good look in that area because that's just too big a percentage."

The Iwi Education Authority - Ngā Kura ā Iwi o Aotearoa - said the figures had to be a one-off and a working group had been formed to make sure it stayed that way.

Spokesperson Pem Bird said it was a mistake precipitated by the universities, which had "shot themselves in the foot" by lifting standards for university entrance without proper consultation or consideration.

"Shocking is one word for it. I could think of others. You've got a group of intelligent people making a decision without considering the downstream effects. I just think it's plain dumb." 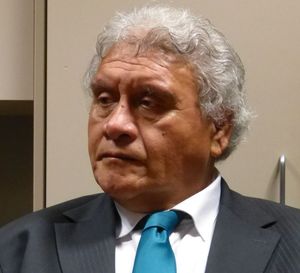 He said there had been a huge reduction in university enrolments and Māori had been disadvantaged.

"Our job is to encourage our Māori learners to take that step, to prepare them accordingly. In this instance a decision was taken, too short a notice, schools couldn't make the necessary adjustments quickly enough because of the decision taken by the universities.

"It never should have happened, it's happened, but it's a one-off. There's no way that the [education] sector groups will allow that to happen again, and neither will the universities want to risk losing 15 percent of their funding."

Mr Bird said education sector groups would meet on Wednesday to work on rectifying the problem.

There would be a formal review next year, when University New Zealand will see if further changes are needed to the standards.