Allegations of fraud, theft and an abuse of power at a Bay of Plenty Maori land trust have been rejected by a Rotorua court. 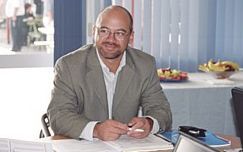 Rihi Vercoe took legal action against two trustees of Matata Parish Lot over how they were paid for working on negotiations to lease whenua to Whakatane District Council for a wastewater plant.

Trustees Anthony Olsen and Robert Gardiner were paid $10,596.60 from the council to cover the costs of meetings and hiring legal advisors.

Ms Vercoe was unhappy with the way the payments were made, arguing trust funds were being diverted to a private company - GeoPlan - a firm operated by Anthony Olsen.

But the Maori Land Court rejected her claim the money should have gone through the trust's bank account.

Judge Craig Coxhead ruled the trustees did everything by the book and said the payments were just and reasonable.